Notably, the first look of Maanaadu, which was revealed earlier today, featured Simbu taking a bullet to his head while offering namaz

In a surprise move, the second look of Silambarasan TR from Maanaadu, directed by Venkat Prabhu, was unveiled this evening without any prior announcement. The first look of Maanaadu was revealed earlier today, and it featured Simbu taking a bullet to his head while offering namaz.

The new poster features Simbu's Abdul Khaaliq pointing a gun at himself, with a group of his clones staring in different directions in the background. 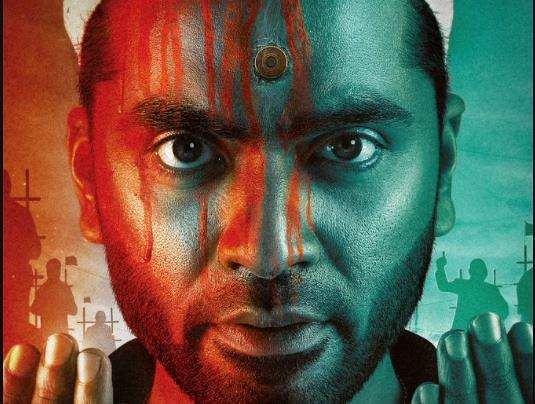 The shooting of Maanaadu resumed recently in Pondicherry after a long halt caused due to the coronavirus outbreak. With music by Yuvan Shankar Raja and cinematography by Richard M Nathan, the political thriller has Kalyani Priyadarshan playing the female lead. The film also stars SJ Suryah, Bharathiraja, Manoj Bharathiraja, SA Chandrasekhar, and Premgi Amaren.

Simbu recently completed shooting for Susienthiran's Eeswaran and he is also a part of Hansika's upcoming film, Mahaa. Kalyani Priyadarshan, on the other hand, is awaiting the release of Marakkar and is a part of Hridhayam, co-starring Pranav Mohanlal.