Former child actor Ali Haji, who appeared alongside Aamir Khan and Kajol in Fanaa (2006) and Saif Ali Khan and Rani Mukerji in Ta Ra Rum Pum (2007), has taken the reins as the writer and director of the upcoming showbiz satire, Justice For Good Content.

Production Headquarters Ltd UK, headed by Mohaan Nadaar and Ketki Pandit Mehta, had recently announced the project and completed the filming in Mumbai which Ali Haji believes is “an inside view of a journey of a good story in the film industry, and one told with a quirky narrative.”

Ali says it was his co-writer Palvi's brainchild to pen the idea in this unusual way, and it appealed to him so much that they instantly got down to work on it.

"The world of the story felt familiar because I've been in and around the movies a long while. Most importantly, while the subject made me laugh even though the topic is something that's repeatedly debated upon, I could maintain my moral objectivity and perspective. That's when I knew I would sink my teeth into this," says Ali. 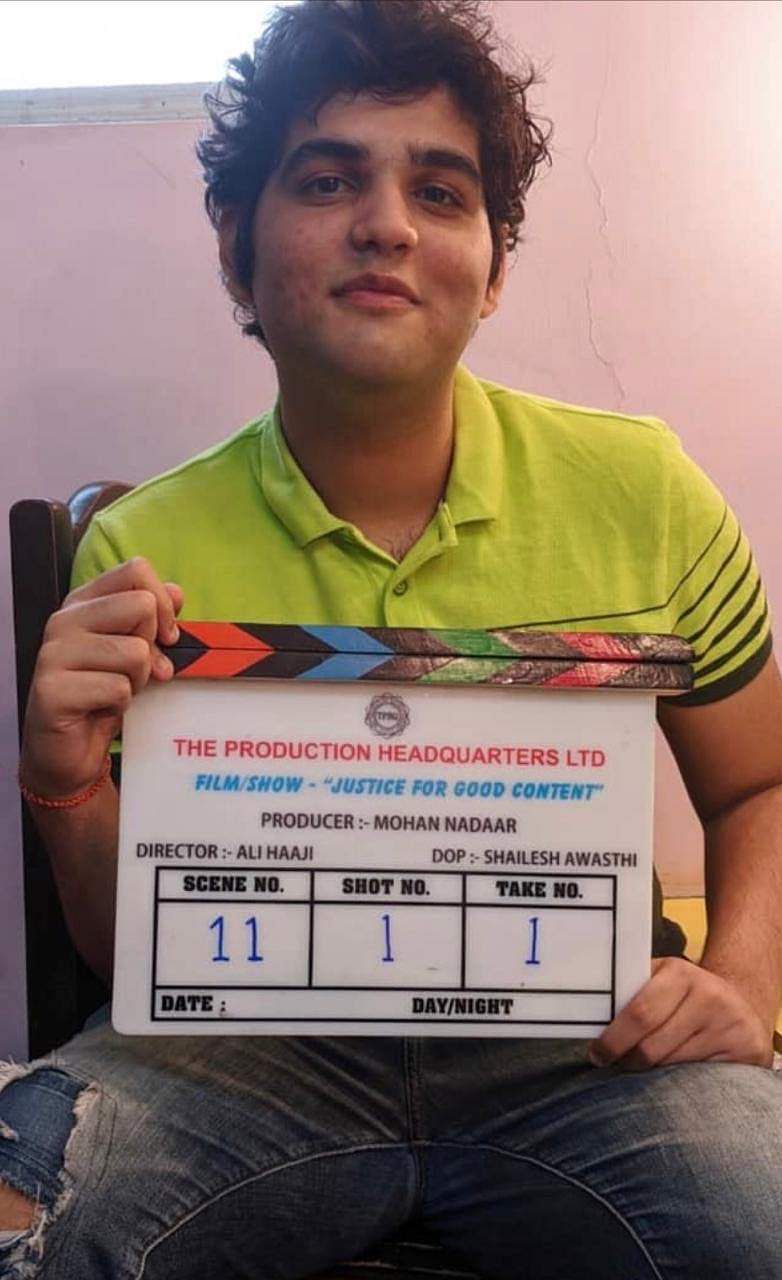 Asked if he faced his share of hardships while trying to become a director, Ali says, "My journey has been fun. I had been acting until very recently, but I had decided that I wanted to make movies quite a while ago. It's hard for people to trust you when you're a youngster. You can't get films greenlit. That's a fact that I have learnt the hard way."

He adds, “But I have been lucky because my producer Mohaan Nadaar of Production Headquarters UK appreciated my unusual script and decided to back me with full confidence."

Finally, on working with actors like Aamir and Saif in his career as a child actor, Ali says, "I've had the good fortune to work with some really big stars and I've learnt a lot from them. Not lessons, but virtues."