The film's music will be composed by Yuvan Shankar Raja

We had earlier reported that director Selvaraghavan will be debuting as an actor alongside the National-Award-winning actor Keerthy Suresh in an upcoming crime thriller, Saani Kaayidham, to be directed by Rocky-fame Arun Matheshwaran. Now, Dhanush has unveiled the first look poster of the film.

It shows a bloodied Selvaraghavan and Keerthy Suresh squatting on the ground, after being apparently nabbed by the cops. Bloodstained weapons are also on display in front of the actors. 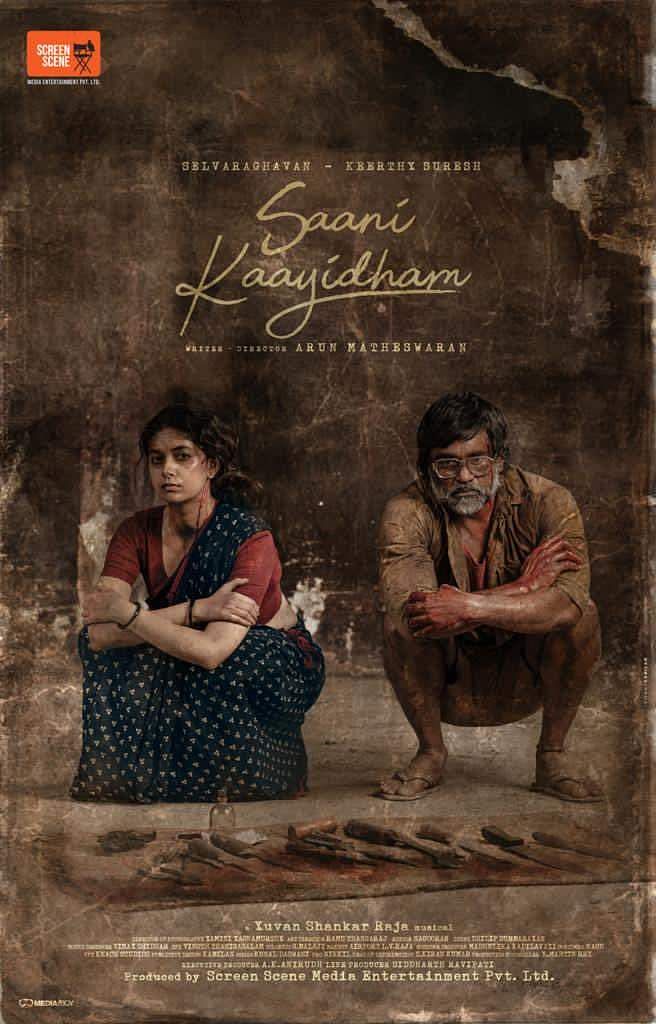 Earlier, the title announcement was made along with a sketch that featured Selvaraghavan and Keerthy Suresh's characters facing a bunch of goons. While Keerthy was shown to be wielding a gun and having a blood-stained sickle tucked in her saree, Selvaraghavan was seen wearing short trousers and holding a knife in his hand.

Saani Kaayidham, produced by Screen Scene, has Sillu Karuppatti-fame Yamini Yagnamurthy handling cinematography and Nagooran, who worked on 8 Thottakkal, in charge of editing. The music will be composed by Yuvan Shankar Raja.