Backed by Akshay's production house and directed by Abishek Sharma, the film promises to be an action-adventure drama that blends myth and reality

The film will be directed by Abhishek Sharma, whose new comedy, Suraj Pe Mangal Bhari, becomes the first theatrical Bollywood release this weekend since the lockdown.

Akshay shared two posters of the project, one in Hindi and the other in English. The English poster has the tagline, "Myth or Reality?" while the Hindi poster says, "Sach ya kalpana?"

"This Deepawali, let us endeavor to keep alive the ideals of Ram in the consciousness of all Bharatiyas by building a bridge (setu) that will connect generations to come. Taking this mammoth task ahead, here is our humble attempt -- Ram Setu. Wishing you and yours a very Happy Deepawali," he tweeted with the posters. 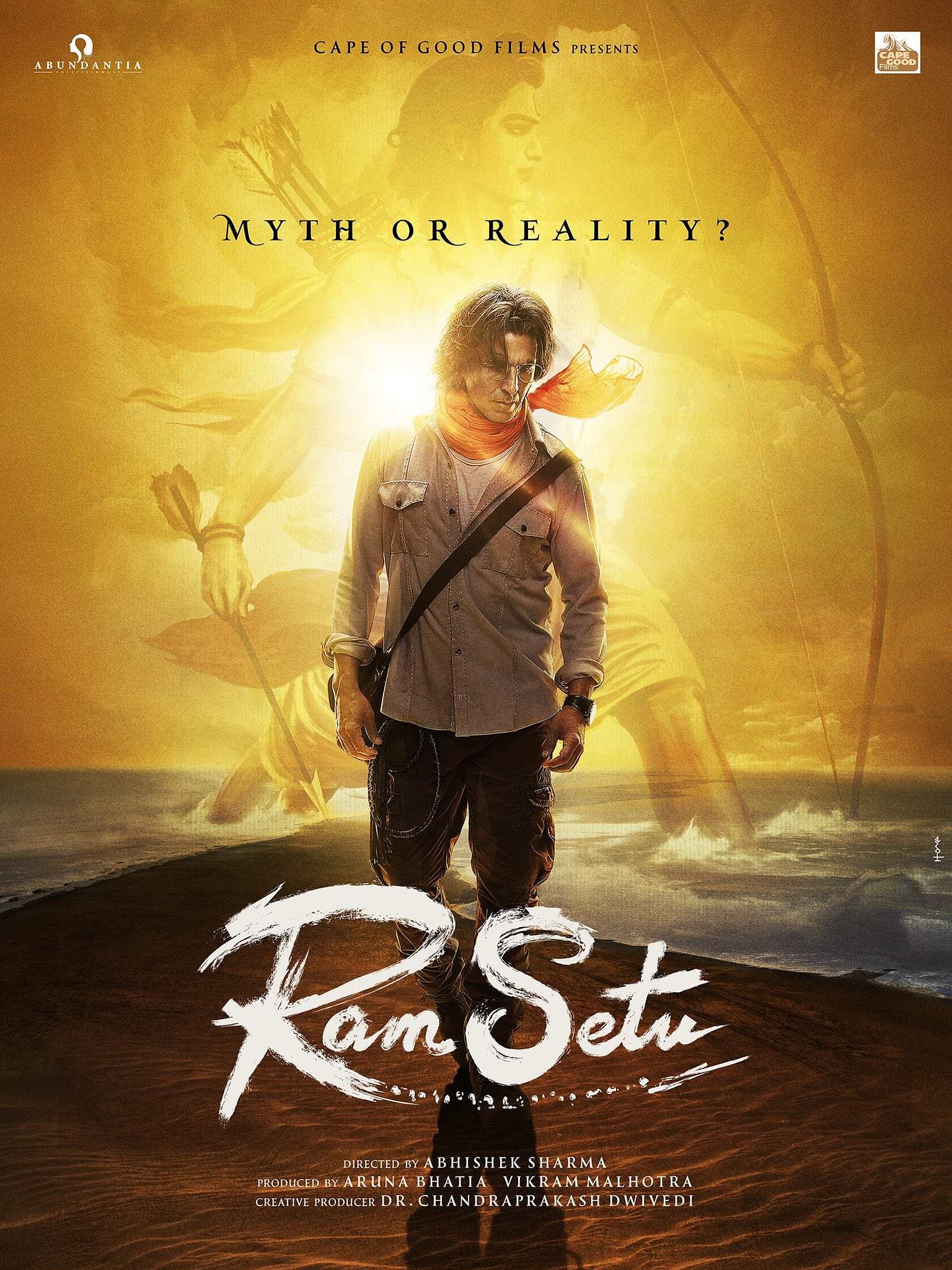 Backed by Akshay's production house, the film promises to be an action-adventure drama that blends myth and reality. However, no further details are currently available.

Akshay's latest film, Laxmii had an OTT release this Diwali. He recently wrapped up the spy thriller Bell Bottom, and is working on the period drama, Prithviraj. He will also wrap up Aanand L Rai's love story, Atrangi Re this year before starting work on Bachchan Pandey.

The actor's next release is Rohit Shetty's Sooryavanshi. He plays a cop battling terrorism in the film co-starring Katrina Kaif.