Karthi will reportedly be playing dual roles in the action thriller

We had earlier reported that Karthi will next be teaming up with director PS Mithran for a film. The project, which is produced by Prince Pictures, has now gone on floors with a launch function.

Director PS Mithran took to his social networking page to officially announce the launch of the film.  GV Prakash, George C Williams, and Ruben will take care of the music, cinematography, and editing, respectively. 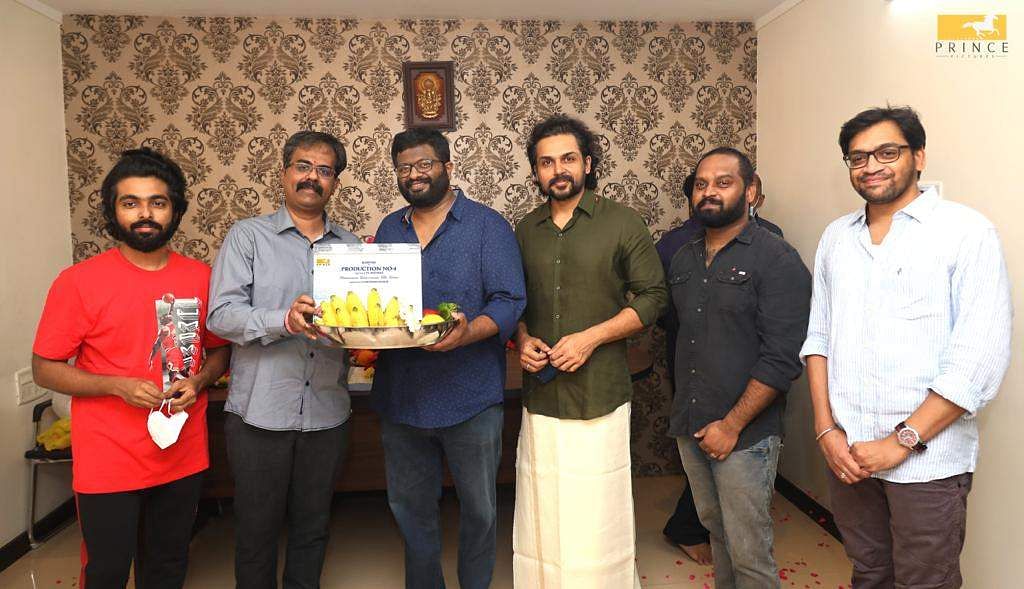 Karthi will reportedly be playing dual roles in the action thriller. Notably, the last time Karthi played two roles was in the 2016-film Kaashmora. The rest of the cast is expected to be announced soon.

Karthi, who was last seen in Thambi, has been shooting for his upcoming film, Sulthan, directed by Bakkiyaraj Kannan. He is also expected to restart filming for Mani Ratnam's Ponniyin Selvan in January 2021.