Mayakottaram: Riyaz Khan's next a satire?

A new poster featuring actor Riyaz Khan as a social worker, in a film titled Mayakottaram, is doing the rounds on social media. The poster has attracted attention for the satirical humour coupled with Riyaz’s white shirt-white mundu look.

Riyaz’s character is named ‘Nanmamaram Kodaliparamban’, and a quote in the poster goes, “For Chetakkandi Vasantha’s dental implant surgery, you gave 3 crores, 45 lakhs, 391 rupees, 39 paisa in 17 hours. Thanks to everyone who helped and co-operated.” 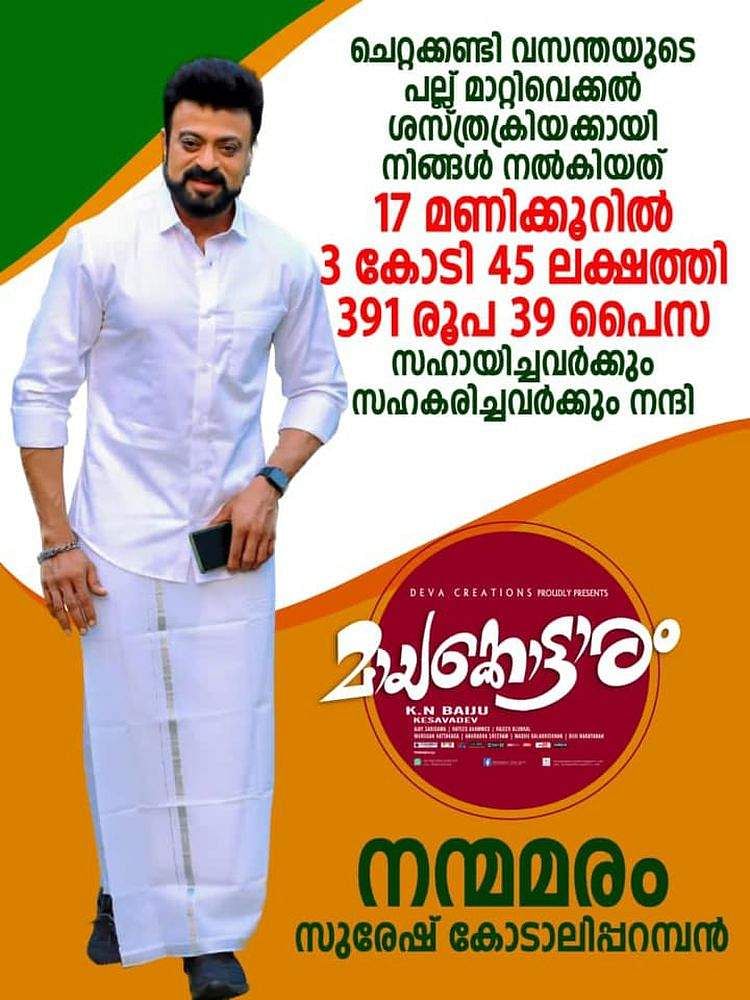 KN Baiju writes and directs the film which has Kannada actor Disha Poovaiah as the female lead. The supporting cast includes Mamukoya, Jayan Cherthala, Saju Kodiyan, and Tamil actor Sampath Ram among others.

Ajay Saregama is composing the music to the lyrics by Rafeeq Ahammed, Rajeev Aalunkal and Murugan Kattakada.