Directed by debutant Indhu VS, the film also has Nithya Menen, Indrajith Sukumaran and Indrans

We recently reported that Vijay Sethupathi has signed his second Malayalam film to be directed by debutant Indhu VS. The makers released a teaser poster that reveals the title as 19 (1)(a).

Nithya Menen is set to play the female lead. The latest casting update adds the names of Indrajith Sukumaran and Indrans, who are also cast as major characters. Anto Joseph Film Company is bankrolling the film. 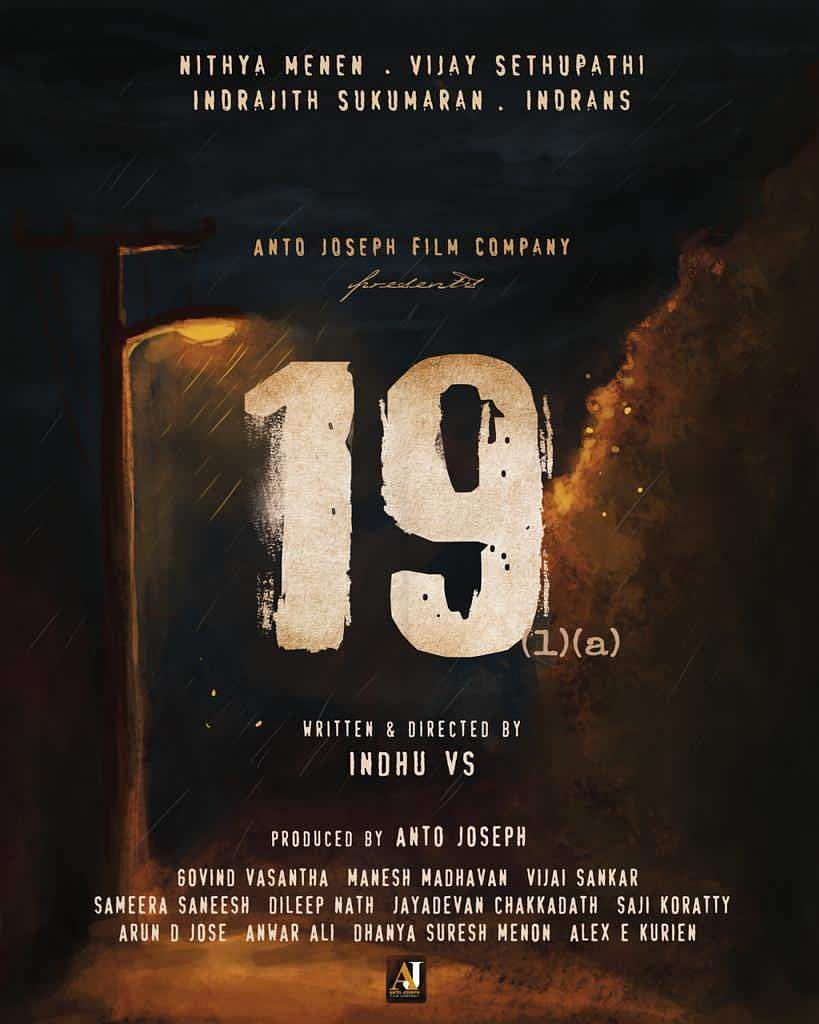 Indhu, who has previously worked with director Salim Ahamed (Adaminte Makan Abu), is directing the film from her own script which is said to feature minimal characters. The shoot, following all the mandatory COVID-19 protocols, is scheduled to start soon. Kerala is said to be the main location.

Govind Vasantha (96) is composing the music while Manesh Madhavan (Joseph) will handle the cinematography.