Kollywood celebrities like Sivakarthikeyan, Gautam Menon, and Anirudh have been teasing the audience with tweets about the anthology titled Victim: Who Is Next?

It's the season of the anthology. After Putham Pudhu Kaalai, Navarasa, and Paava Kadhaigal, yet another Tamil anthology is on the way. Titled Victim: Who Is Next?, the film is produced by Venkat Prabhu's Black Ticket Productions in collaboration with Axess Film Factory.

Venkat Prabhu, Pa Ranjith, M Rajesh, and Chimbu Devan will be directing the four segments of the anthology, whose underlying theme will be victims.

It is said that the film will be released on Hotstar. However, an official announcement from the streaming platform is awaited. 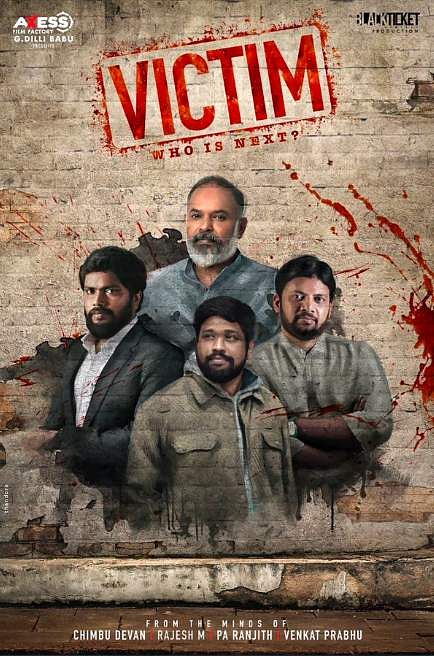 While Pa Ranjith, M Rajesh, Chimbu Devan will be making their OTT debuts with the film, Venkat Prabhu is already directing Disney+ Hotstar's Live Streaming, which has Kajal Aggarwal in the lead.

The makers of Victim: Who Is Next? have come up with an innovative strategy to promote the film. Celebrities like Anirudh, Gautham Menon, and Aishwarya Rajesh have been tweeting about what they are victims of, under the hashtag #TheVictim.

I’ve been a VICTIM of Love. So don’t blame me if my films are all about love. Can’t help it!
What do you say, @Siva_Kartikeyan ?

I have been a VICTIM of piracy. I wish the music world is given due importance. @thisisysr

I was a VICTIM of constant comparison. Later, it helped me understand myself.@menongautham