The first look poster of Manchu Manoj from his upcoming crime comedy entertainer, Aham Brahmasmi, has been released. The poster shows him in a sadhu-like look giving three different expressions.

Sharing the poster, Manoj tweeted, "Here comes the first look of our pan Indian film, Aham Brahmasmi. AB is all set to make some loud noise after the years of my absence on screen. Promising you some goosebumps with this crime, comedy and action-packed film." 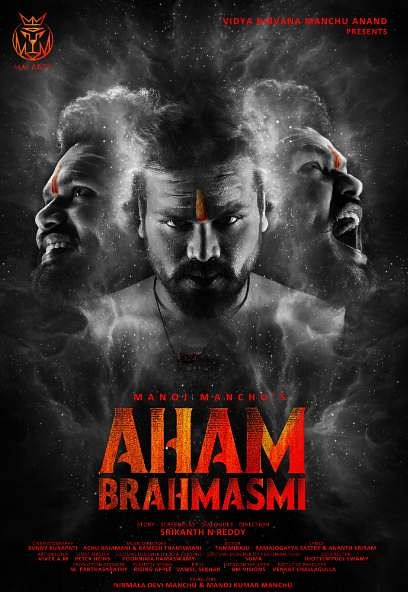 Shot in Telugu, Hindi, Tamil, Kannada, and Malayalam, the film is being directed by Srikanth Reddy and has music by Achu Rajamani and Ramesh Thamilmani.

Produced by Nirmala Devi and Manoj, the film will feature two female leads and the makers have already approached Taxiwaala actor Priyanka Jawalkar for the first lead's role. If things work out, she will play a cop.