It was a hush-hush wedding for Mayuri Kyatari, who tied the knot with her best friend, Arun

"Ours was a typical love story that went on for 10 years, and the marriage took place with the consent of our parents,” says Mayuri Kyatari of Krishna Leela fame. It was a hush-hush wedding for the actor, who tied the knot with her best friend, Arun, on Friday at Venkateswara Temple, JP Nagar.

The actor, who gained popularity with the serial Ashwini Nakshatra, decided to go for a low-key wedding ceremony in the presence of family and friends.  “Yes, I am married,” Kyatari announced by putting up a video of the ceremony on social media. Soon after, congratulatory messages came pouring in from all corners.

Kyatari told CE that due to the pandemic, the couple felt social distancing was the need of the hour. “We decided not to make the wedding a grand affair. We got married with just the blessings of our elders. We felt this would be best for us as well as everyone.” 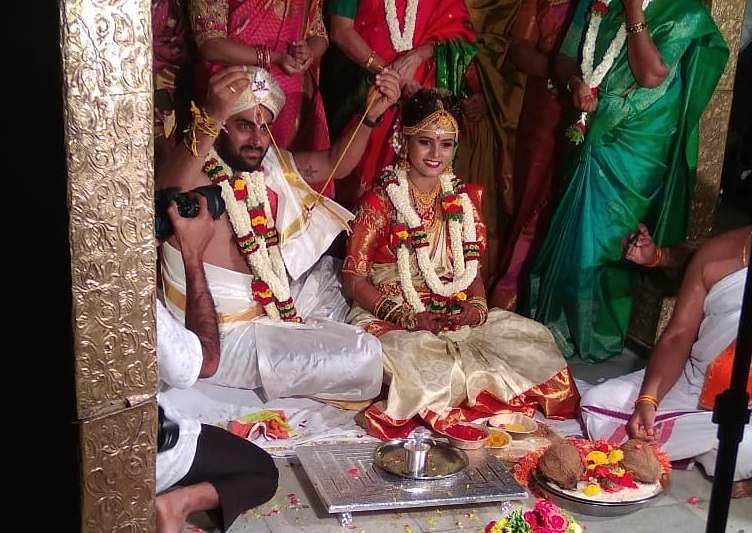 It was a love-cum-arranged marriage for the actor, who made her tinsel town debut with Krishna Leela. The actor was ecstatic to marry her childhood friend. “I started my acting career at a tender age, and Arun has been with me since then. We started out as good friends, became best friends, later fell in love and now, we decided to take our relationship forward. Today, we are husband and wife,” says Kyatari about Arun, who is currently based in Whitefield and works for a private firm. “Every parent would want to see their children settle down and we are glad to fulfil their wish,” she adds.

The 11-film old actor, who has played the female lead and other pivotal roles in Ishtakamya, Nataraja Service, Kariya 2, Raambo 2, and Johnny Johhny Yes Papa, is planning to pursue her career post marriage too. “Marriage will not stop me from following my passion. I will continue working in cinema forever, with my husband Arun’s support,” says Kyatari, whose next will be Pogaru, starring Dhruva Sarja, in which she will be seen in a prominent role. 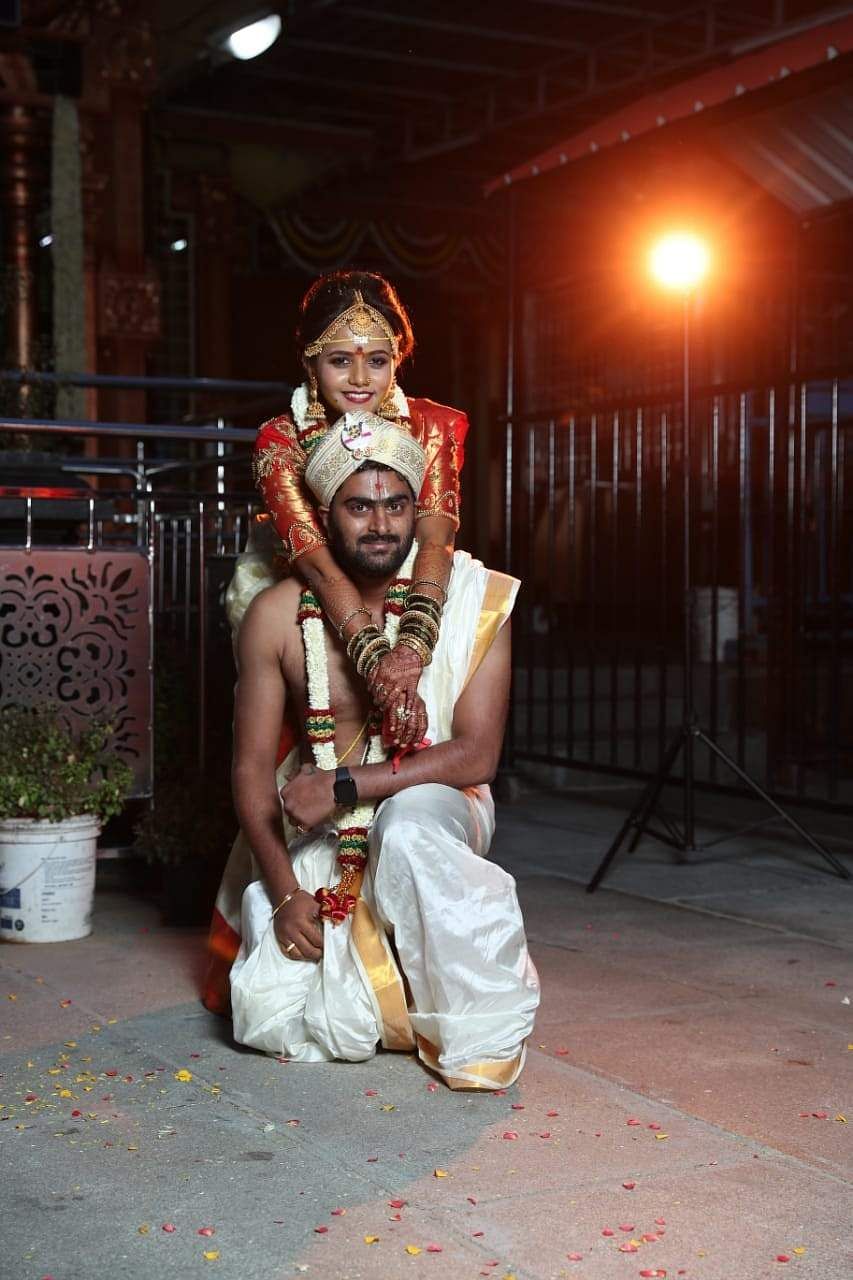 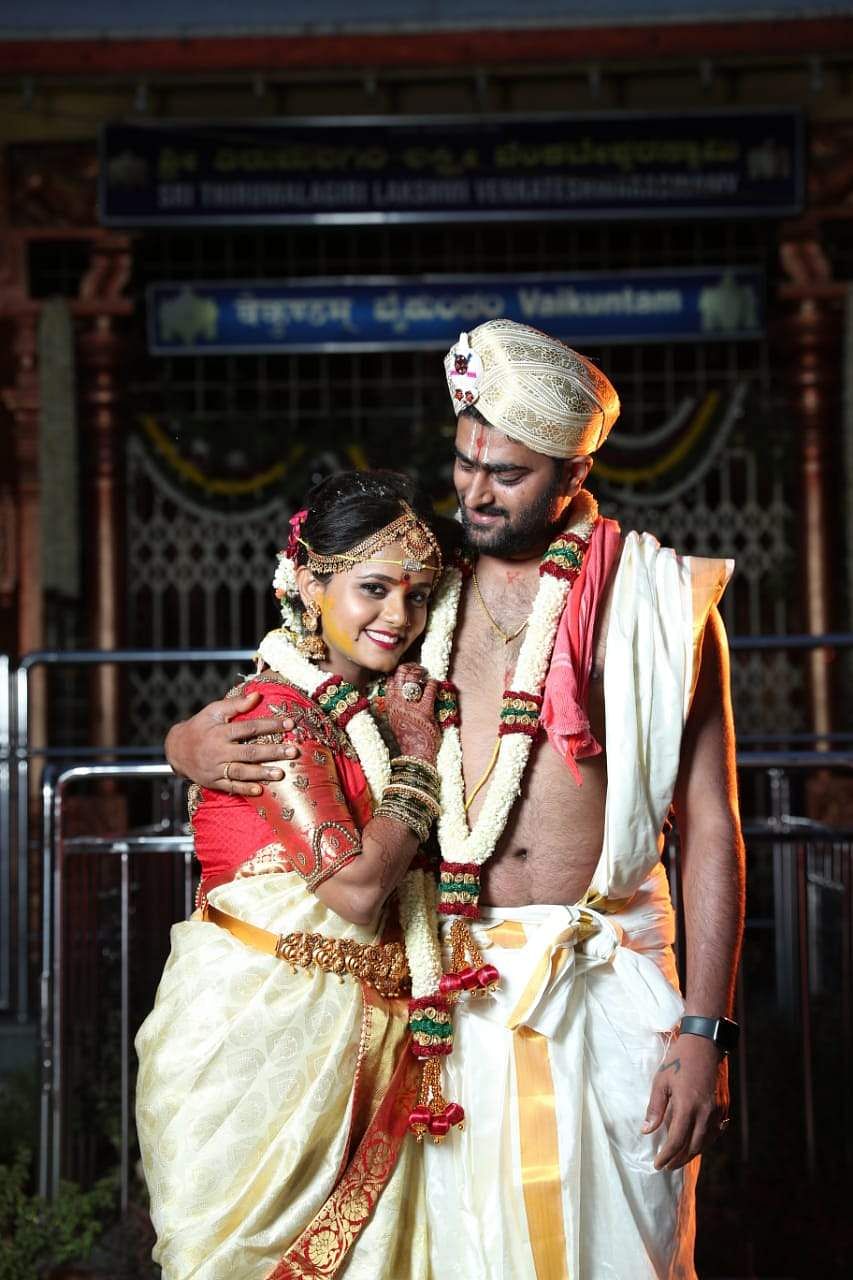