Gopichand's Seetimaarr to resume in August

The makers have released the first look poster of the actor, who plays the coach for the Andhra kabaddi team in the film

Gopichand will be reuniting with his Goutham Nanda director, Sampath Nandi for a sports drama titled Seetimaarr. The makers, today, released the first look poster of the actor, who plays the coach for the Andhra kabaddi team in the film.

Dressed in sportswear with a whistle around his neck, Gopi perfectly fits into the character. It is learnt that the Chanakya actor has shed a few kilos to look the part and learned about the technical aspects of kabaddi. 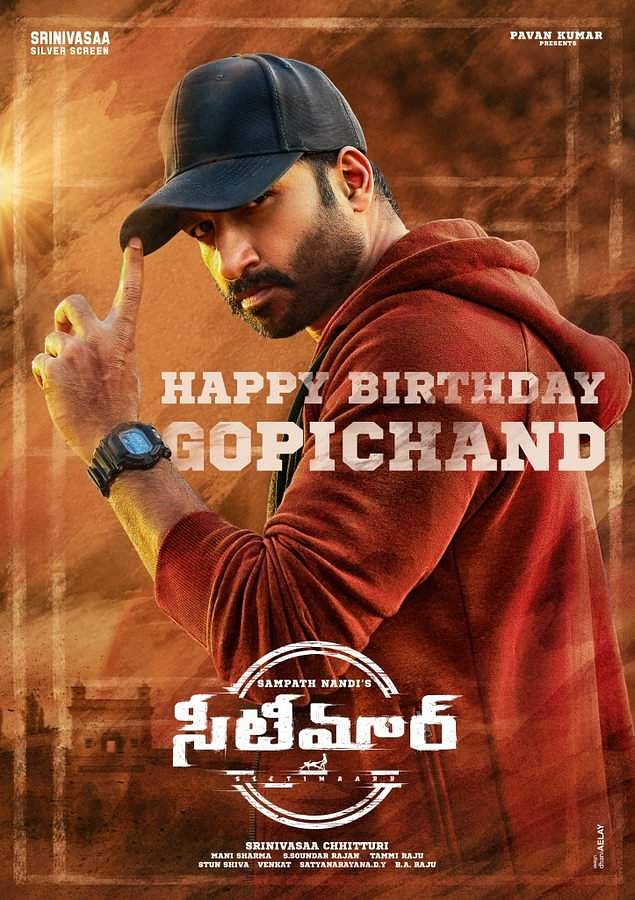 The film's shooting, which was suspended amidst the coronavirus outbreak, will be resumed for its last schedule in the first week of August.

"It's going to be a nonstop schedule where we are planning to shoot a foot-tapping mass number and some pivotal scenes involving Gopi and Tamannah Bhatia, who plays Telangana kabaddi coach in the film," says producer Srinivasaa Chhitturi.