Allari Naresh's intriguing poster of Naandi is out

Allari Naresh is naked, battered, and hanging upside down in the poster of Naandi

Allari Naresh, who awaits the release of Bangaru Bullodu, appears naked in the first look poster of his upcoming film Naandi.

In the poster, we can see that the actor is hung upside down in what looks like a police station. There are scars all over his body. 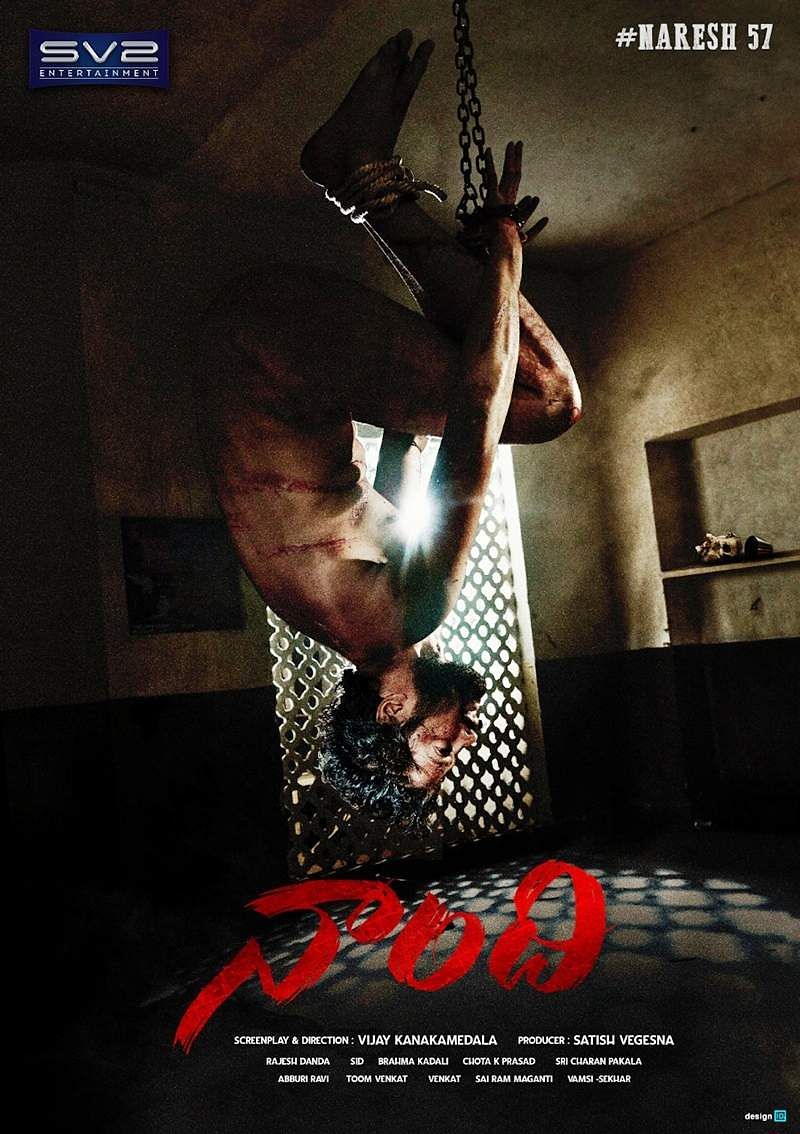 Directed by Vijay Kanakamedala, the film was launched in Hyderabad today. "It's a crime thriller that revolves around a social issue. The regular shooting will commence on January 22. We are planning to wrap up the entire shoot by March and release the film in summer," says Vijay.

Produced by Satish Vegesna, Naandi has dialogues by Abburi Ravi and music by Sri Charan Pakala.