The sports biopic is scheduled for release on April 10 in Hindi, Tamil, and Telugu.

The makers of ‘83 have released a new poster featuring Jiiva as legendary Tamil Nadu cricketer and opening batsman Krishnamachari Srikkanth. Directed by Kabir Khan, the upcoming film recreates the Indian cricket team’s historic win at the 1983 Cricket World Cup. In the poster, Jiiva is seen dressed in a cricketing outfit and playing his aggressive cover drive like Krish Srikkanth. Notably, Allu Arjun and Vijay Deverakonda were earlier in contention to play the explosive opener

‘83, which has been shot in India and Londo, stars Ranveer Singh as Indian skipper Kapil Dev. Ranveer took to social media to share Jiiva's new poster. 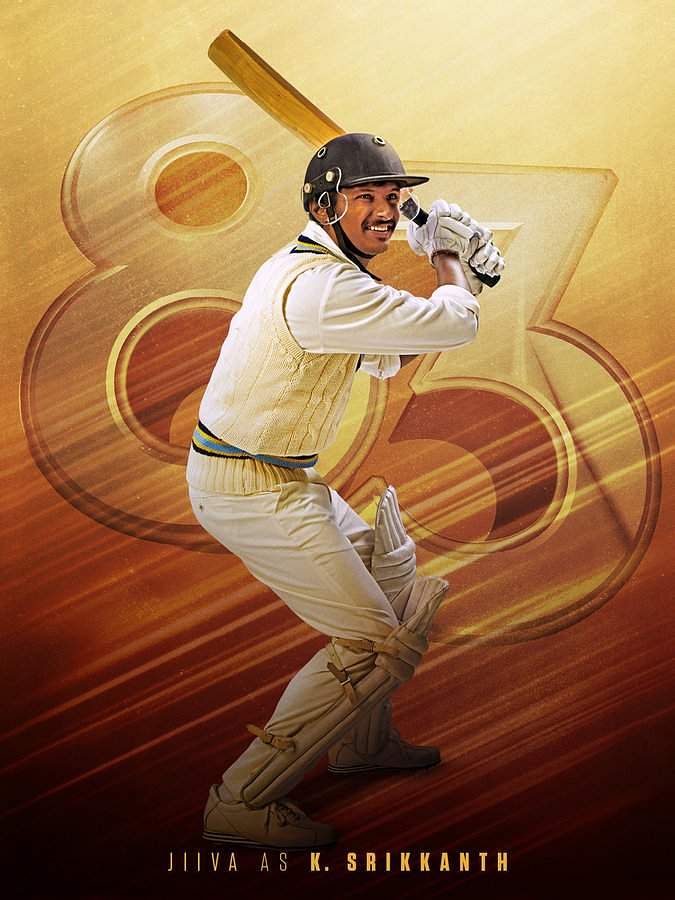 Jiiva, who was last seen in the Tamil film, Gorilla, will be making his Bollywood debut with '83, which is scheduled for release on April 10 in Hindi, Tamil, and Telugu.