The romantic drama is the launch vehicle of Zameer Ahmed Khan’s son, Zaid Khan, and has Sonal Monteiro playing the female lead

The city of Kashi will be seen in a whole new light in Jayathirtha’s upcoming directorial, Banaras. The romantic drama is the launch vehicle of Zameer Ahmed Khan’s son, Zaid Khan, and has Sonal Monteiro playing the female lead.

The makers have set the film in the backdrop of Varanasi and have managed to shoot the love story at all the 64 ghats there. According to the director, this is a first-of-its-kind initiative in an Indian film.

The film’s cast and crew have made a temporary camp at Kashi, where the team has a 45-day shooting schedule. They have already completed 35 days of shoot and the remaining portions will be completed by January 9. “The story of Banaras is threaded around the divine and the devil, or purity and adulteration. The camera captures the water of Ganges, the steps of the ghats, the puja rituals, the dead bodies, and the death ceremonies. We have covered the ghats that are meant only for bathing, the area where only the puja takes place, and the two ghats especially meant for cremations,” says the director, adding that the entire shoot in Kashi captures the energy of the place. “This film will work as a guide to those who haven’t visited Kashi,” he adds.

The team, which had to take special permission for shooting at the Manikarnika ghat, has also shot sequences in the surrounding areas, including the streets and villages of Ramanagara.

Debutant Zaid Khan is also excited to be getting a different kind of experience in his very first film. “I am extremely happy with the way Banaras is shaping up. For a debutant like me, it is an exciting experience to shoot in front of the public. The place is amazing. We are making sure that the cold weather does not dampen our spirits. The entire team is making sure to complete the portions as per schedule.” 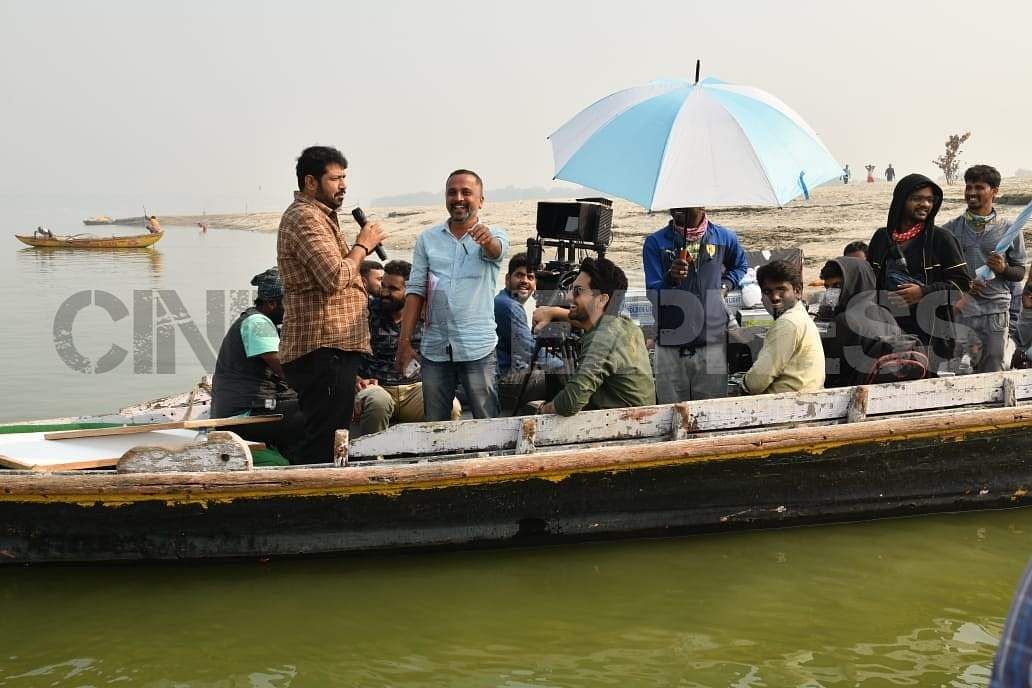 The Banaras team had also shot a few scenes in Bengaluru in September, and will later be heading to Singapore, where they will shoot for 15 days. That will be the last schedule of the film.

Banaras has music by Ajaneesh B Lokanath and cinematography by Advaitha Gurumurthy.