Freya Allan, who plays Ciri in The Witcher, shared a picture of a sword from the sets of the series

Freya Allan, who plays Ciri, the princess of Cintra, in Netflix’s The Witcher, took to Instagram to share a picture of a sword in the front seat of the car. Fans were earlier predicting that the upcoming episodes in the series will show Ciri training with Geralt. And, now, this picture appears to confirm their suspicions.

It is said that Allan, along with Henry Cavill, who plays the titular character, is shooting for the portions of Ciri training in Kaer Morhen. 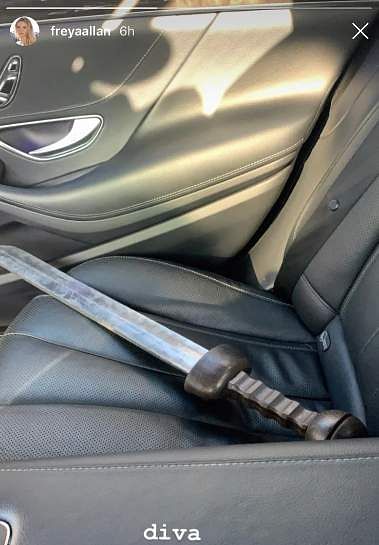 In the first season, Ciri is chased by the Nilfgaardians, who captured Cintra. By the end of the last episode, she finds the witcher, Geralt Of Rivia (played by Henry Cavill) for protection.

The show, which is based on the book series by Polish writer Andrzej Sapkowski, has turned out to be a huge hit for Netflix. It is said that the show now holds the record of the best opening season of the streaming giant.