In the third week of December 2019, Kajal Aggarwal had revealed on social media that she’s getting a wax figure at the popular Madame Tussauds gallery in Singapore, thereby becoming the first actress from the south Indian film industry to be given this honour.

The actor has now landed in Singapore to unveil her statue on February 5. She has also shared a short promo of the same on her official Twitter and Instagram handles.

Besides posing with Kajal’s replica, fans will be able to enter a shooting set where they will step into a popular movie scene with the actor. They will also experience the digitally-generated earthquake created with AR technology, audio-visual effects, and real-time camera capture. 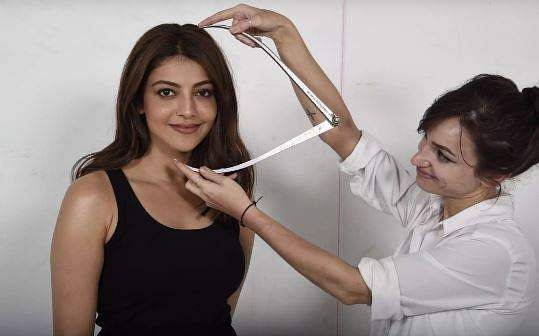 Mentioning the honour as a “fabulous culmination” to her decade, the Mumbai-born actor wrote on her Instagram handle: “I remember going to Madame Tussauds as a child and being so fascinated with all the figures that I’ve always looked up to, admired and been in love with. I am overwhelmed to be amongst them myself. This feels like a fabulous culmination and a great way to start the new decade on a good note. The insane hours of hard work and personal sacrifices, all feel worth it. Forever thankful to have all of you by my side. This one's for each one of you.”

While awaiting the release of Paris Paris, Kajal is busy with a string of big-ticket films like Indian 2, Mumbai Saga and a Hollywood project with Manchu Vishnu, tentatively titled Mosagallu. She is also teaming up with Dulquer Salmaan for a romantic thriller in Tamil.