Director Prashanth Neel took to his social media handles to share the details of the auditions.

We had previously reported that Prabhas is teaming up with KGF director Prashanth Neel for his next film titled, Salaar. Produced by KGF makers Hombale Films, the team of Salaar has announced that open-auditions will be conducted for the pan-Indian movie.

Filmmaker Prashanth Neel took to his social media handles to share the details of the auditions. 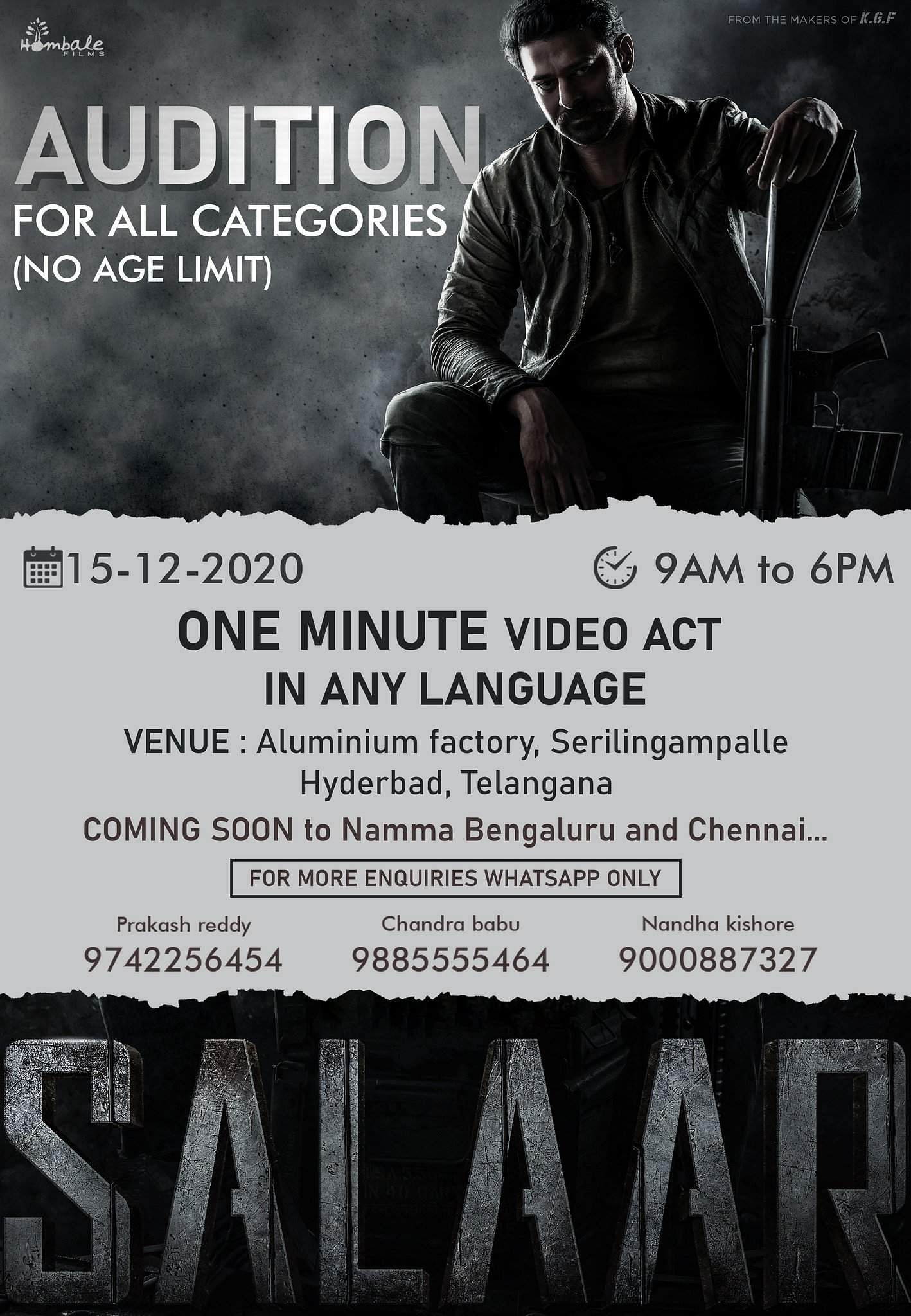 In Hyderabad, the auditions are scheduled to happen on December 15, between 9 am and 6 pm, at Aluminium Factory, Serilingampally. The final cast will be selected through a one-minute video act that the participants should submit, in any language. After Hyderabad, the team will also conduct similar auditions at Bangalore and Chennai.

For submission and more enquiries, the team has provided details of WhatsApp contacts in the poster.

Salaar is all set to go on floors in 2021, with the makers aiming for a release on Christmas 2022.

While Prashanth is awaiting the release of KGF: Chapter II, Prabhas has multiple pan-Indian releases lined up, including Radhe Shyam and Adipurush.