The movie, made under the banner of Wadeeyar Films, marks the directorial debut of Sagar Puranik

Pavan Wadeyar, the director of films like Govindaya Namaha, Googly, Rana Vikrama, Jessie, Nataraja Service, and Natasaarvabhowma, is now taking his passion for cinema to another level. Pavan has launched his own production house called Wadeeyar Movies, and Dollu is the first film being made under his home banner. The film produced by Pavan Wadeyar and Apeksha Purohit is being directed by Sagar Puranik, who has won a National Award for his short film, Mahaan Hutatma. This is his first feature film, and it is based on Dollu Kunitha, a popular drum dance.

Dollu has television actor Karthik Mahesh making a transition to the silver screen. Having been a part of soap operas like Khushi, Akka, and the currently running Nimma Asha, he is now playing the lead role in this movie. Nidhi Hegde, who has worked in short films and a Telugu project, will be seen in the female lead role. Babu Hirannaiah, Chandra Mayur and Sharanya Suresh are also playing prominent roles. The director has also brought in professional folk artistes from Bhoomikans Art and Folk Academy along with a troupe from Shivammogga as part of the cast.

Dollu is now in the post-production stages. Sharing his excitement about working on his first feature film, Sagar says it is a dream come true for him. “What was in the planning stage for years finally fell into place, with Pavan Wadeyar backing the project,” says the son of actor and KCA Chairman Sunil Puranik. 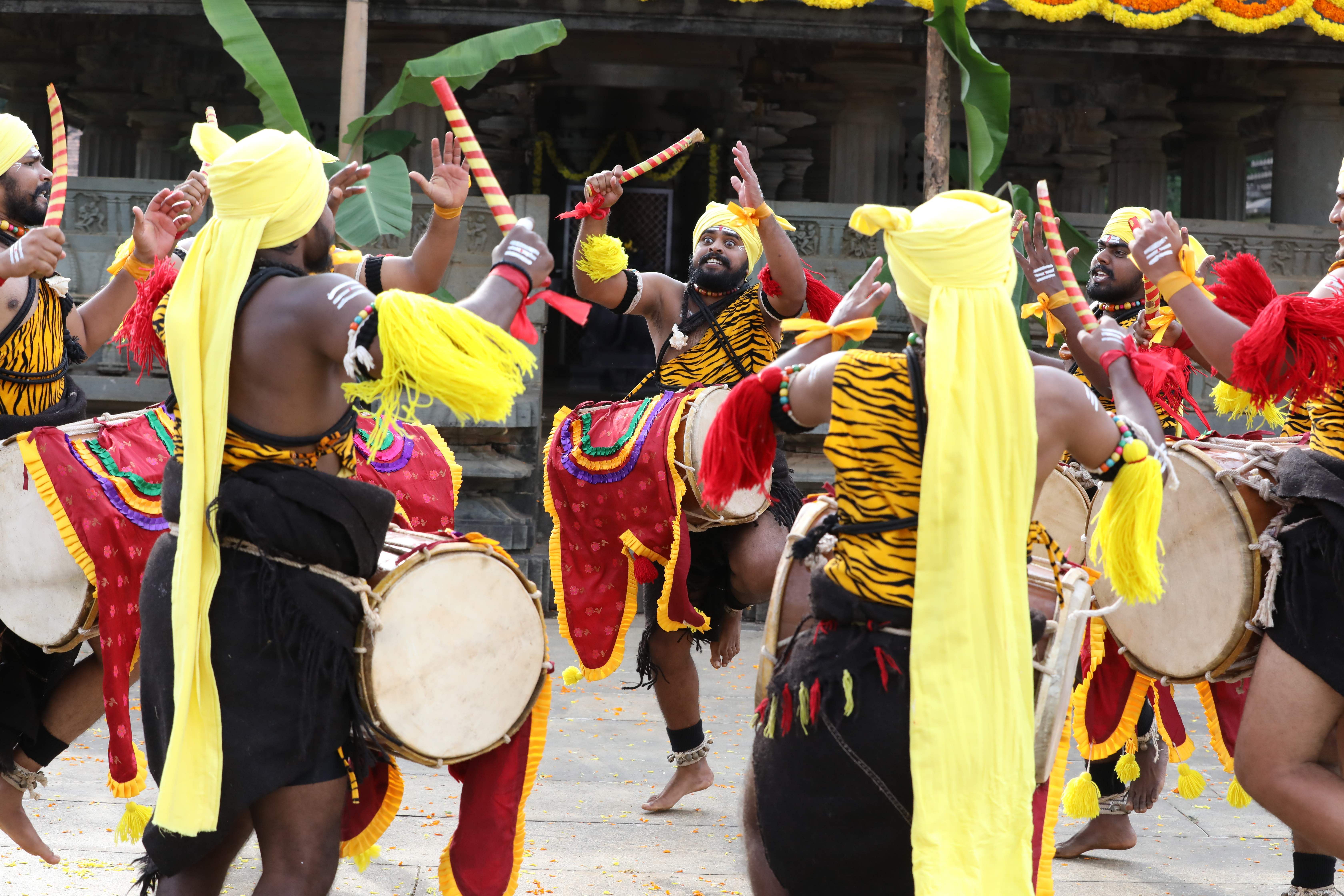 The screenplay of Dollu has been written by Shreenidhi DS, and music has been composed by Ananth Kamath. Abhilash Kalathi is handling the camera work, while BS Kemparaju is handling the editing.

Sagar, who is also an actor, says his fascination for art and culture, and especially Kannada folk culture, has brought a different approach to his directorial debut. “The performance of Dollu Kunitha is usually popular at government functions, and it is an exciting feeling to watch it live. This particular folk art is rich in visuals as well as audio, and that grabbed my attention. The story idea originated from there, and I wanted to bring that same tempo on to the big screen,” says Sagar who is clubbing the folk art with urban elements in the film. “I am exploring a tale of a boy who is a part of the folk band and his journey,” he explains. While Karthik Mahesh took dance rehearsals and learnt Dollu Kunitha, Sagar also had the professional folk artists undertake acting rehearsals. “The whole process of the filmmaking was quite experimental, and I had the best support from the director and producer Pavan Wadeyar,” he says.