"Parris Jeyaraj will have everything that people loved in A1," says director Johnson

We had previously reported that Santhanam will be reuniting with director Johnson, with whom he had previously collaborated on last year's A1. They had commenced the shoot before the lockdown. It's now known that this film is titled Paris Jeyaraj. The first look of the film was released today, and it features the actor wielding a microphone. 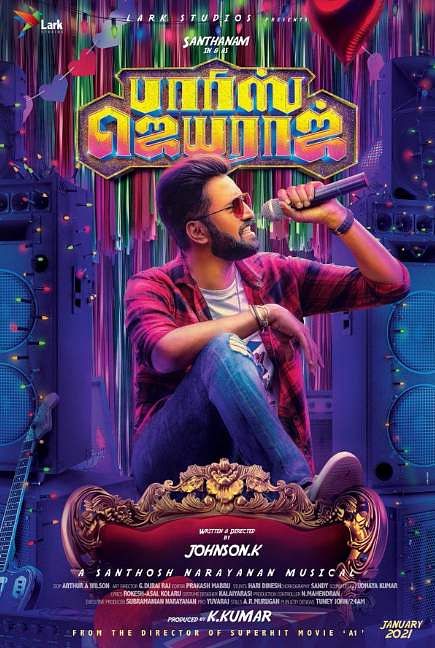 Speaking about the film, Johnson says, "Parris Jeyaraj will have everything that people loved in A1. It's also a comedy/family drama. Like our previous film, we have kept it simple, but this will be more story-centric. We are almost done with the film and have only a couple of songs left to shoot." He adds that the film will have a theatrical release.

Kaaviya Thalaivan-fame Anaika Soti and Sastika Rajendran play the female leads in Parris Jeyaraj, while Rajendran plays a pivotal role in the film. Santhosh Narayanan, who composed music for A1, is on board as the music director.