The shooting of Harikathe Alla Girikathe, which stars Rishab Shetty, is currently going on at a brisk pace in Mysuru, and the makers are likely to complete the talkie portions by the first week of December. However, the latest development is that Giri Krishna, the original director of the comedy entertainer, has left the project owing to health issues. He has now been replaced by two directors — Karan Ananth and Anirudh Mahesh.

Confirming the news, Giri Krishna said he fell ill during the first schedule of the film and had to step down. “Though they were ready to wait, I didn’t want the project to be hampered because of my absence. I had a discussion with Rishab and the production house, and they decided to go ahead with the shoot.”

The film, bankrolled by Sandesh Productions, has Rishab Shetty playing the lead. He is also executing the project under his banner, RishabShetty Films. According to the actor-director, the project had to undergo certain changes owing to Giri’s sudden health issues. “It was a decision we had to take because we did not wish to stop shooting as the artistes had blocked those dates for us. While Giri will be credited for his story, the direction will be taken over by Karan and Anirudh. These two upcoming directors have worked in my previous projects, and both of them are doing a good job,” Rishab says, adding, “Giri is a talented director and we will be collaborating on another project.”

Karan Ananth made his debut by directing a segment in the anthology, Katha Sangama, spearheaded by Rishab Shetty. On the other hand, Anirudh Mahesh, a co-writer, has worked as an associate in Rishab’s directorial, Sa.Hi. Pra Shaale. He will now be making his directorial debut with Harikathe Alla Girikathe. 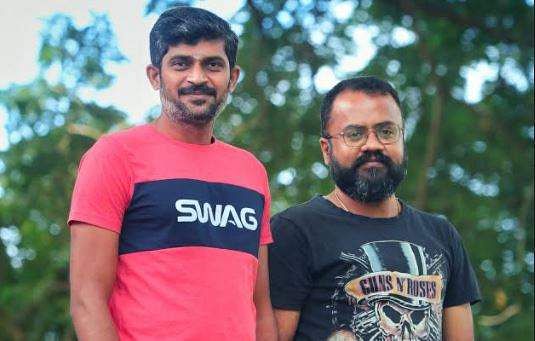 Harikathe Alla Girikathe has music by Ajaneesh Lokanath and cinematography by Chandrasekaran and Ranganath CM. It features Rishab Shetty in the role of an independent filmmaker. The film has Thapashwini and Rachana Inder playing the female leads.

The team, which is currently in the final phase of completing the talkie portions, plans to shoot the next schedule in Bengaluru.