The film is based on a true incident, which took place in the director's life

Dinesh Baboo, the director of films like Suprabatha, Amrutha Varshini, Laali, Nishyabda and Abhi, has announced his 50th film, Rachita Ram's Kasturi Nivasa. The paranormal thriller will feature Rachita Ram in the lead, alongside Shruti Prakash and Skanda. The film was launched today with the makers unveiling the poster. 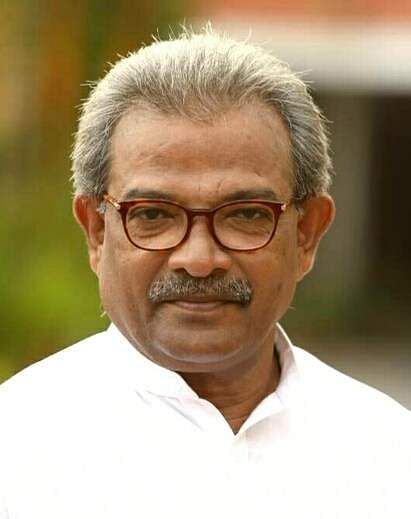 Dinesh has chosen to reuse the title of Rajkumar's classic evergreen hit Kasturi Nivasa for his film. According to the director, who has also written the story, screenplay and dialogues, the fragrance of Kasturi is a major element in his film, and that's one of the reasons he fixed this title.

The filmmaker shares that the story is based on a true incident which took place in his life. "The film explores a paranormal activity. It is a thriller which can also be taken as a horror depending upon each audience member."

The director's idea is to translate his personal experience to the silver screen. "After what I have gone through, I do believe in the existence of ghosts. But not the kind wearing white sarees," he chuckles, and further adds, "I can feel their presence, especially in my breath."

Even though he has directed 44 films in Kannada, two in Telugu, and one each in Malayalam and Tamil, he says that he will still approach Kasturi Nivasa like his first film. About his choice of Rachita Ram to play the lead, he says, "I was looking for a beautiful girl and also a good artiste, and she fits the bill."

The makers have tentatively planned to begin shoot from September 25, and the locations are yet to be finalised. "We are planning to shoot the film in one schedule," he says.

Kasturi Nivasa has PKH Dass handling the cinematography and music will be scored by Gumineni Vijay. "The film has just one song," says Dinesh adding, "Sound will be given utmost importance in our films, and that's one of the reasons we are going with Atmos sound technology."

Kasturi Nivasa, produced by Ravish RC and Reuben Raj, is currently slated for a direct OTT release and the team is planning to tie up with one of the best streaming channels. "Considering the present scenario, and the uncertainty over the reopening of theatres, the producers think it is better to have an OTT release. However, we are approaching it like a theatrical release, and we will make the final call once the film is ready," says the director.