Tanya Hope, who has been eagerly waiting to face the arc lights, was thrilled when she finally got to participate in a new shoot. The actor will soon be seen in the video for a single, directed by Arun Raj. The debut directorial of the MC is for a rap number. The team has dedicated this stage anthem to all event professionals. It will be released on August 15.

Tanya has earlier worked with rapper All OK for her first music venture, titled Maramman Disco, and this will be her second one. Bassick, who had previously composed the music for Maramman Disco, has given the music for this video, which has been made by Taandav Media works. The rap song, choreographed by Praveen Arya, has been sung in three languages by Kannada rapper Shrenik, Telugu rapper Pranav Chaganty, and Tamil singer Soundarya Bala. DOP Suhas Sapthagiri has done the cinematography. 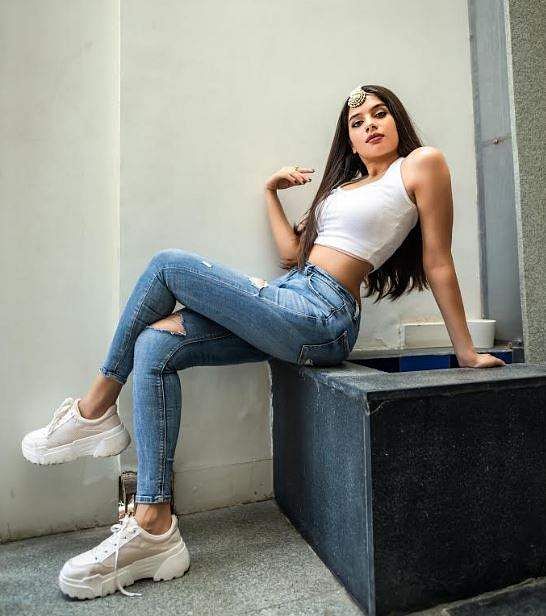 “All artistes having lost their stage performances due to the pandemic, and how we all come together and create our stage is the theme of the song. It represents the current situation,” says Tanya. The actor, who is equally passionate about dancing, says all her hours of practice in various dance forms have come in handy now, as she was able to showcase her skills for this rap song. “I never get tired of it. Every time I dance I realise there’s a step or a dance form that I can’t do and then I want to do it. I wanted to be a part of this song because I could relate to the theme so much. I loved the songs, and I just had to dance to it,” she says, adding that the shoot was done with all precautionary measures in place.

The model-turned-actor, who made her Kannada film debut with the Darshan-starrer Yajamana, came to be known as the Bassani girl of Sandalwood. Tanya has also made her mark in Telugu and Tamil with Appatlo Okadundevadu and Thadam, respectively. The actor was last seen in the Tamil film Dharala Prabhu, and is now looking forward to the release of the Kannada-Telugu bilingual, Home Minister, co-starring Upendra and directed by Sujay K. Srihari.