Twitter is a tricky place. While some celebrities face the heat for voicing an opinion, others experience the same for staying silent. Master heroine Malavika Mohanan is facing a similar issue on Twitter now.

The actor-model came across a fan-art yesterday, which had a hypothetical depiction of the Master team getting stuck in the same house during the quarantine. She found the picture to be sexist as all the men in the crew are portrayed to be relaxing or doing official work in the house, while she (the only woman in the picture) is shown to be cooking in the kitchen.

Calling out this out, she wrote, "The task of a woman in a hypothetical 'movie house' is to cook? When will the gender roles die? Sigh." She also questioned why none of the men is shown to share the domestic works. "The funny thing is everyone else seems to be chilling/working while the only female in the house is doing domestic work? So sexist."

She removed the tweets soon after for reasons undisclosed. While a lot of people expressed unhappiness over an independent woman thinking twice before calling out patriarchy and misogyny, they sided with her decision saying cyber-bullying is tough on people, and it is not easy to tackle the trolls that might have taken offence.

Master, starring Vijay, Vijay Sethupapthi, Andrea, Shantanu, and Arjun Das, was supposed to hit the screens on April 9. But the release of the film had been stalled due to the Coronavirus pandemic. 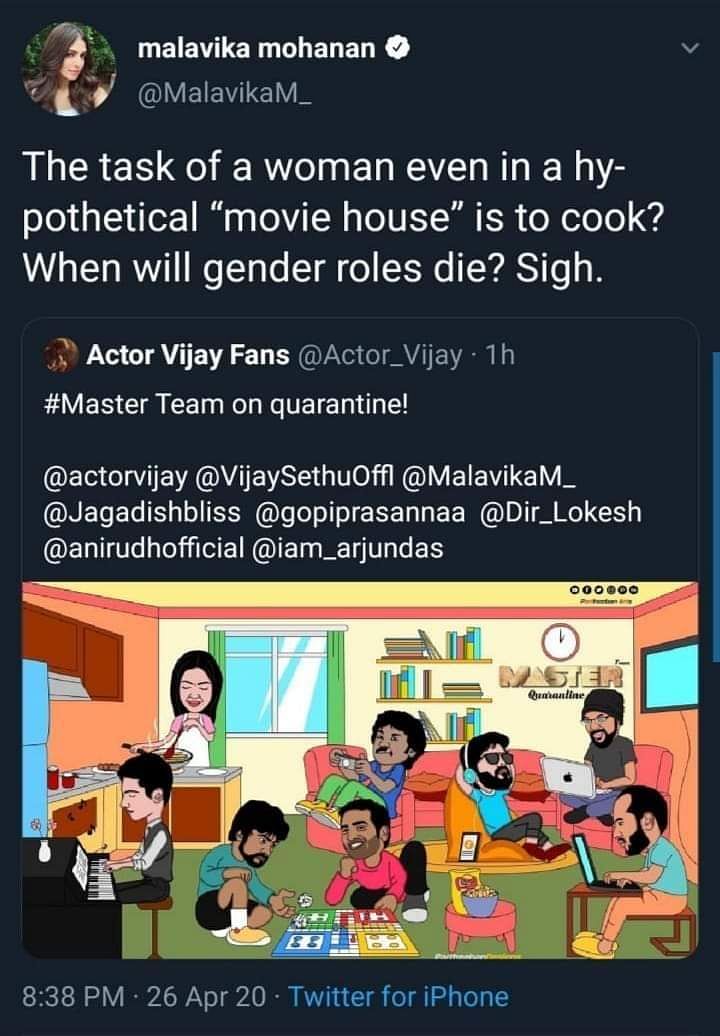 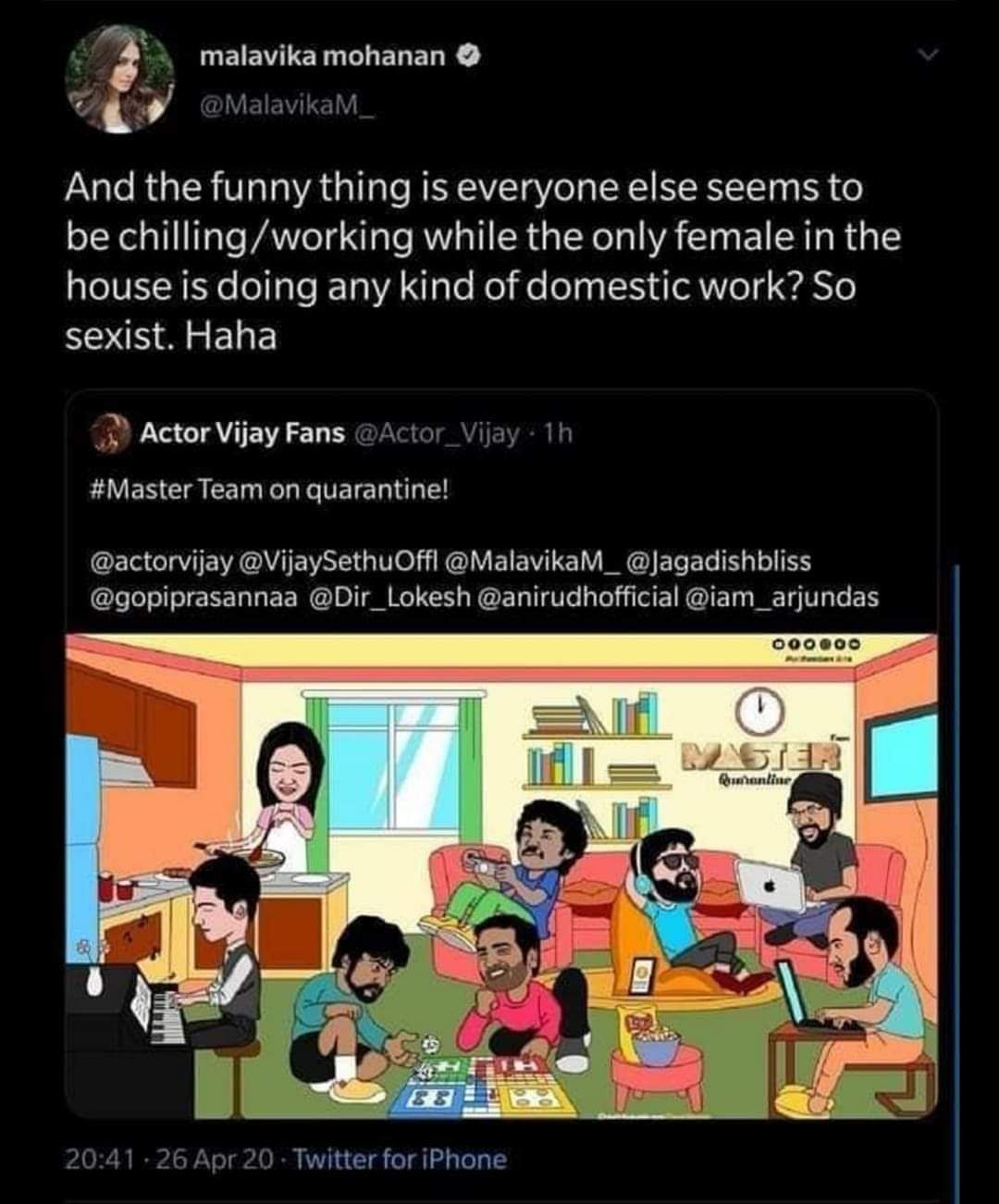