The motion poster of the film will be launched this evening

The team of Buddhivantha 2 has unveiled a Mad Max-inspired look of Upendra in the film to celebrate his birthday today. The poster which was launched at midnight features the actor sporting a face guard and breaking out of chains. He also has a vintage shotgun in his right hand and in the background seems to be a post-apocalyptic town. 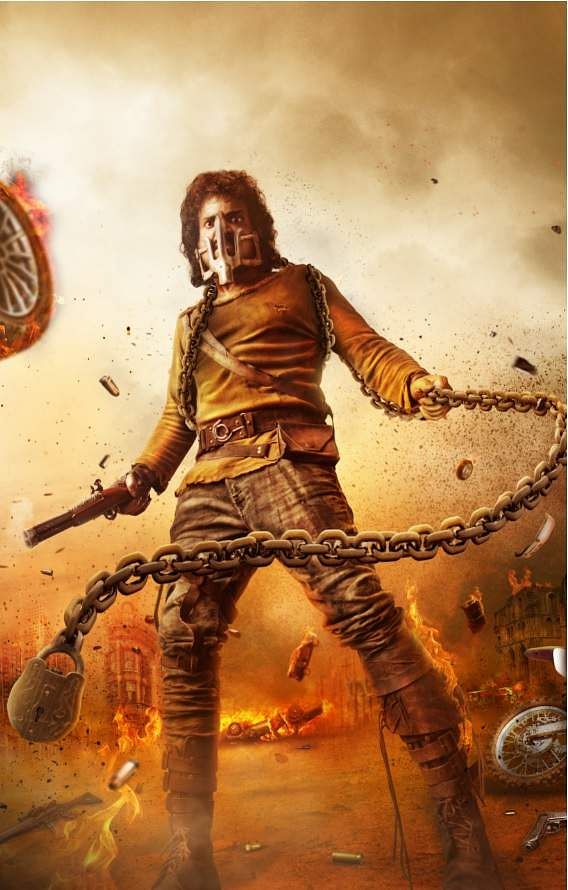 The motion poster of Buddhivantha 2 will be launched this evening. Though the makers are unwilling to reveal much about the film, they hint that this look of Upendra has a lot of importance in Buddhivantha 2, especially in the introduction sequences, song, and the climax.

“A lot of hard work has been invested in designing the costume. It was designed after consulting Jimmy Babu from Mumbai. Every single part of the costume was specially costumised,” says director Jayaram.

Buddhivantha 2, made under the banner of Crystal Paark Cinemas, features the actor in a dual role. The film has Aditya playing the antagonist for the first time. It stars Meghana Raj and Sonal Monteiro as the female leads.