In today's first promo, we see a glimpse of Kavin's turn at being surprised

One of the most anticipated and most loved weeks in every season of Bigg Boss has been the family entry week. The first two days saw Mugen meet his family. This was followed by Losliya undergoing a roller-coaster of emotions as she met her father after a gap of 10 years, who reprimanded his daughter for her behaviour inside the house. However, all is well that ends well as Losliya reconciled her differences with the family. Later, Tharshan, Cheran, and Vanitha had their respective surprises.

In today's first promo, we see a glimpse of Kavin's turn. With Kavin's family currently imprisoned in a financial fraud case, Kavin's close friend Pradeep Antony, who has also acted in the film, Aruvi, visits the house. Interestingly, Pradeep has been very critical of Kavin's behavior in the house in his Facebook posts. 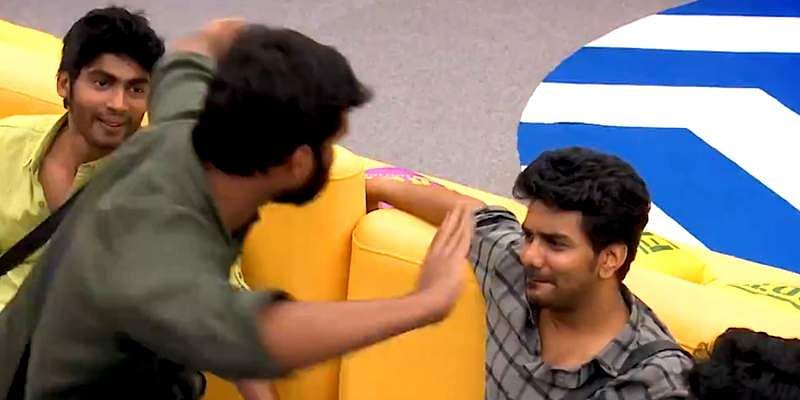 The promo presents the exit moment of Pradeep, and as everyone is told to freeze. "I have one job pending. For the shameful game you, Kavin, have played so far, and, for letting down those who trusted you, for hurting everyone here, I am going to do something. If you happen to win the title, you can return the same favour on the Bigg Boss stage," says Pradeep, and lands a tight slap on Kavin's face.

Vanitha, Cheran, and Losliya are shell-shocked, while Sherin is heard saying "Oh my God." Following this, Pradeep says that his job is done, and hugs Kavin, before he leaves.