First look of Sivakarthikeyan's Hero is out

The first look from the next Sivakarthikeyan-starrer Hero was released today. The poster features Sivakarthikeyan with a determined look, holding a Krissh-like mask against the backdrop of high-rise buildings.

Yuvan Shankar Raja will be on composing duties, while George C Williams is in charge of the cinematography. Hero is nearing completion and is scheduled for release on December 20. 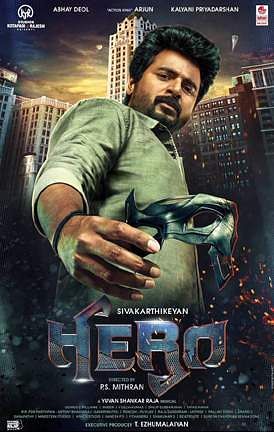