Ajith’s Thala 60 to be launched tomorrow

Ajith and director H Vinoth are teaming up for the second time for the yet-untitled film, which is tentatively called Thala 60

Ajith Kumar’s last film Nerkonda Paarvai, the Tamil remake of Pink, turned out to be a blockbuster. As reported earlier, director H Vinoth is teaming up with the actor again for an original script.

Tentatively called Thala 60, the film is all set to be launched tomorrow, according to industry buzz. It is also rumoured that the film is titled Valimai, and that Ajith is playing a cop in it.

Ajith is sporting a new look for the film, and after a long time, the actor will be seen without his salt n' pepper hairstyle in the upcoming film. Recently, a few pictures of the actor in the new look went viral on social media. 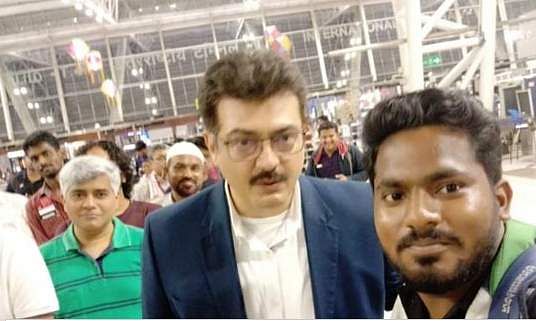 Bollywood producer Boney Kapoor, who made his debut in Tamil cinema with Nerkonda Paarvai, will bankroll the upcoming film.

The other cast and crew of the film are being kept under wraps.