What has been muted in Vijay’s Bigil?

Vijay’s Bigil has cleared the censor board with a U/A certificate, after the CBFC asked the makers to make a few changes to the film

Vijay’s upcoming film Bigil is all set for release this Diwali, and the film recently cleared the censor board with U/A certificate. Initially, it was said that the film passed the CBFC without any cuts. However, it looks like a few changes have been made to the film to get the U/A certificate. 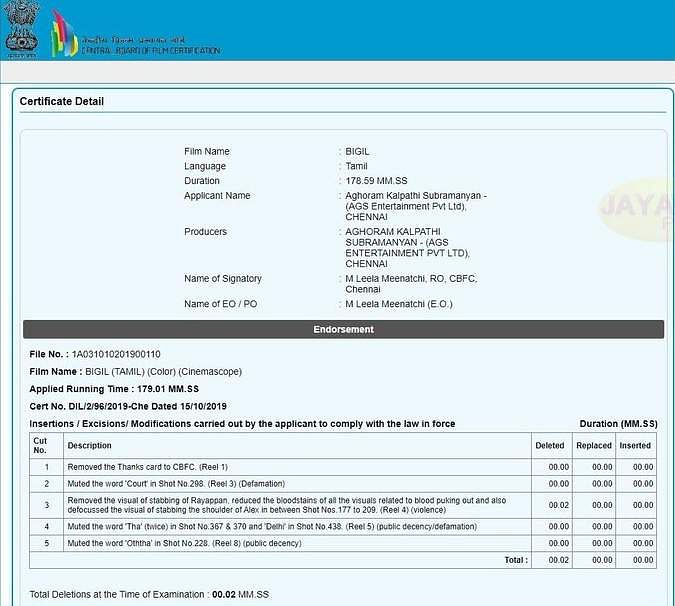 In addition to that, a scene which has Rayappan (Vijay) getting stabbed has been removed. A few other changes have been made to the same scene to avoid extreme violence in the film.

The post has left fans wondering if Rayappan will die in the film.

Bigil, directed by Atlee, is gearing up for Diwali release. The makers are currently fighting multiple plagiarism allegations.