Directed by Vijay, the film is a biopic of former TN chief minister J Jayalalithaa, who passed away in 2016

About six biopics of J Jayalalithaa have been announced so far. Among them is Thalaivi, which stars Kangana Ranaut in the lead. Directed by Vijay, known for films like Thalaivaa and Madharasapattinam, Thalaivi went on floors today. 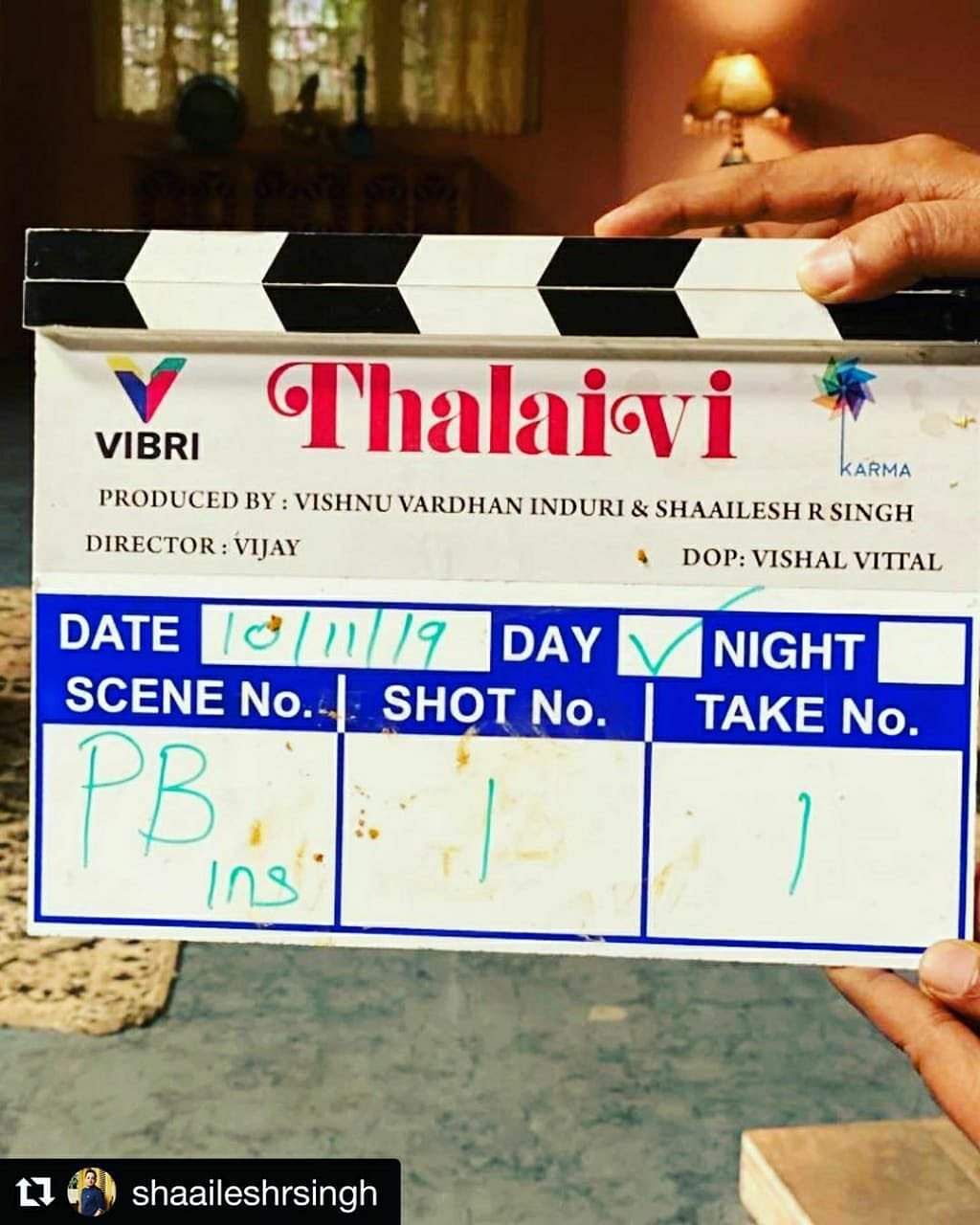 Kangana has been undergoing training in classical dance to play the role of the actor-turned-politician.

Thalaivi will be released in multiple languages. In Hindi, the film has been titled Jaya.

Kangana was last seen in Manikarnika: The Queen of Jhansi and Judgemental Hi Kyaa. Other than Thalaivi, she is also part of Ashwiny Iyer Tiwari’s sports drama, Panga, in which she will be seen as a kabbadi player.