Enable Javscript for better performance
The Kannada anthology film,  Katha Sangama, to get a release in the first week of July- Cinema express
ADVERTISEMENT

The Kannada anthology film,  Katha Sangama, to get a release in the first week of July

The project, which is an interesting medley of short films, is spearheaded by Rishab Shetty

Katha Sangama, a film that brings together seven directors, is currently in post-production. It is yet another interesting project spearheaded by Rishab Shetty.

“An anthology titled Katha Sangama was earlier helmed by Puttanna Kanagal, and this film, an amalgamation of seven short stories,  bearing the same title will be the second one,” says Rishab. “While veteran director Puttanna Kanagal directed a film combining various books, this has various directors exploring different subjects. I have briefed the directors on how to go about the film, and each story comes with different flavours,” he adds. 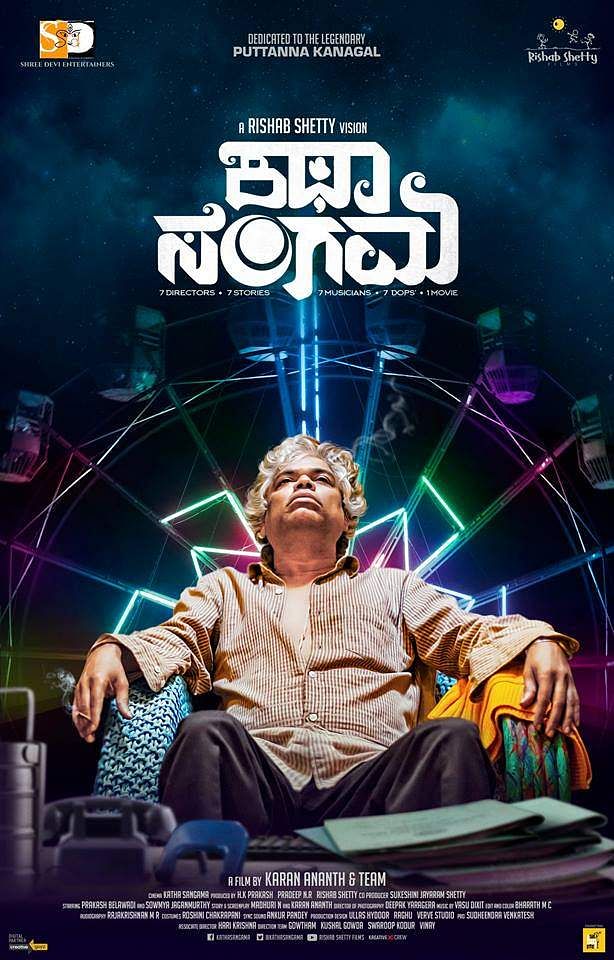 “This project will unearth those talents who have mostly worked as my associates and who showed significant potential. Only two directors - Jaishankar and Karan Anant - are outsiders. The latter was selected in a short film competition,” Rishab reveals.

According to the filmmaker, Katha Sangama has a variety of stories, which are of different genres and not linked to one another. “This project had me taking a different kind of a responsibility, right from choosing technicians, story, how it needs to be portrayed. More than a task, it was a disciplined act from my end,” Rishab adds.

Katha Sangama, produced by HK Prakash under Sree Devi Productions, also features Rishab in front of the camera in one of the short films. “This will be a total family entertainer, and is meant for all kinds of audiences. We are looking at a release in the first week of July,” he concludes.