Superstar Rajinikanth's journey, from humble beginnings as a carpenter and a bus conductor to the success that he has today, has been an inspiration to many.

The Superstar's journey is now in class V State board textbooks for children to read. Featured under a 'Rags to Riches' story section, which attempts to teach students the values of hard work and dedication, Rajinikanth features in the book alongside Charlie Chaplin, JK Rowling, Oprah Winfrey, Steve Jobs and Frank O'Dea. 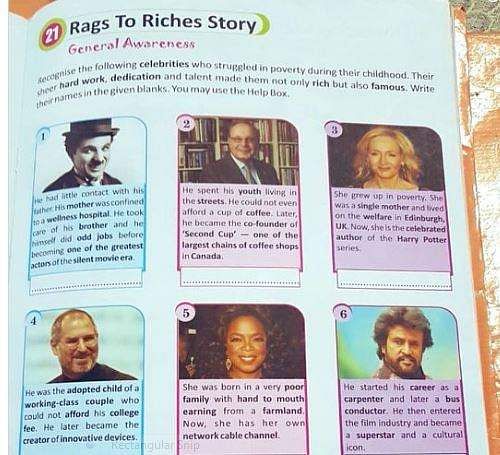 Rajinikanth has acted in over 160 films across languages like Tamil, Telugu, Malayalam, and Hindi. The actor is gearing up next for his next, Darbar, directed by AR Murugadoss. The cop film, co-starring Nayanthara and with music by Anirudh Ravichander, is bankrolled by Lyca Productions.