Chiyaan Vikram hints about Vijay's next with director Shankar; Will Thalapathy 65 be Mudhalvan 2?

Vikram, who was last seen in Rajesh M Selva's Kadaram Kondan, recently had an interview with a Malayalam TV channel, in which he was asked about his favourite directors.

Vikram was quick to respond that Mani Ratnam and Shankar are his favourites, and that he is already working with the former again on Ponniyin Selvan. He then hinted that Shankar's next will be with actor Vijay. Also, for another question, he replied that he would team up with Shankar again, probably after the latter's film with Vijay.

Incidentally, the Mersal-actor had met director Shankar early this month for a script-reading session. And there is speculation that this script is a spiritual sequel to the director's Mudhalvan.

Interestingly, Vijay was the first choice to play the titular role in the 1999 original, before Arjun came onboard. 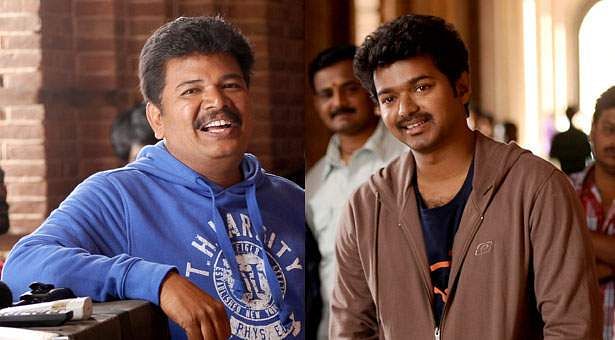 It may be recalled that Vijay's previous films with political references, like Thalaivaa and Sarkar, faced heavy opposition from political parties.

Shankar and Vijay have previously worked together in 2012's Nanban, which was the official Tamil remake of Aamir Khan's 3 Idiots.