Salaga actor-director Vijay gets involved in a chase

Vijay plays the titular role in Salaga, which features Sanjana Anand as the female lead while Dhananjay plays a cop

Actor Duniya Vijay has also taken the responsibility of wielding the megaphone with Salaga. Keeping up with the underworld theme, the debutant director, who is helming an action thriller, is directing some extreme action sequences. The film’s shooting is currently going on in Laggare, and a car chase sequence was canned by stunt director Jolly Bastian over the last three days. 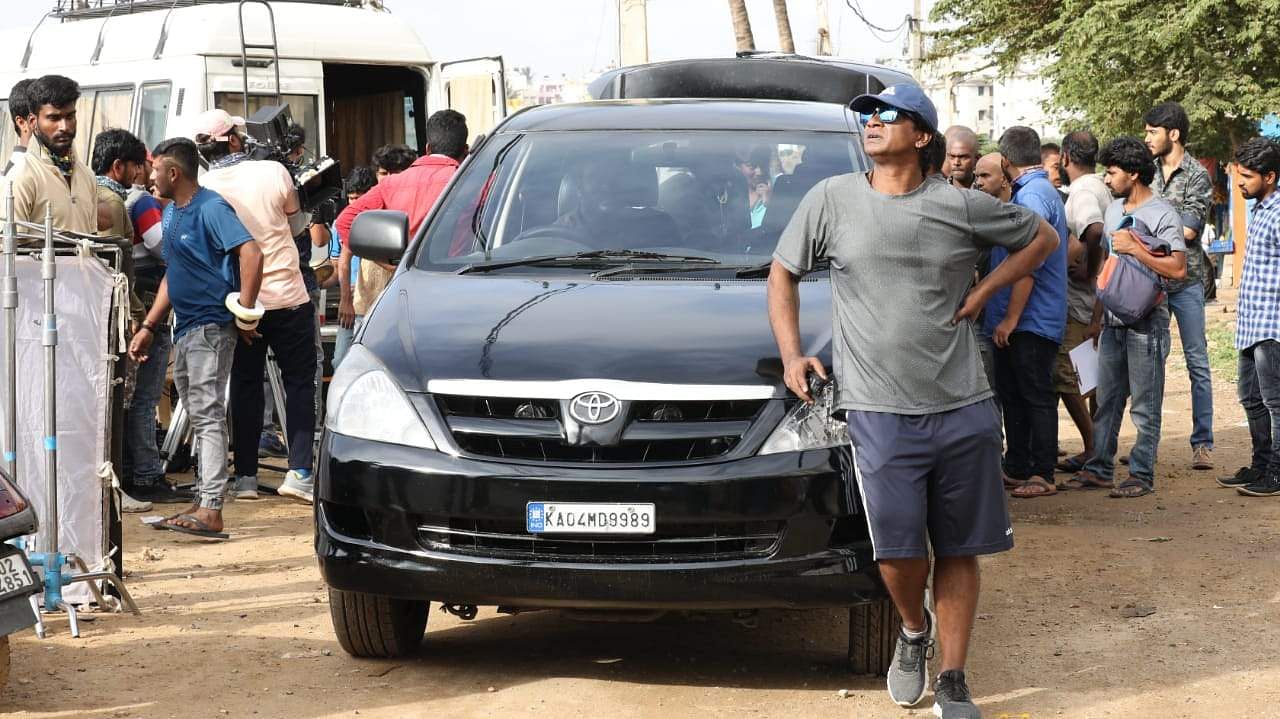 Cinema Express got hold of the latest stills, which showed Vijay along with 50 junior artistes participating in the chase sequences, for which the team used three cars. An intense atmosphere was created for this particular shot, which is said to appear in the first half of Salaga. Interestingly, the film, produced by K P Srikanth, is planning to bring on board acclaimed fight masters, who will choreograph various stunts for the film.

Vijay plays the titular role in Salaga, which features Sanjana Anand as the female lead while Dhananjay plays a cop. The film’s music score is by Charan Raj and cinematography is by Shivasena