Laws differ from country and country, and it's always safe to be knowledgable of them to avoid legal issues.  In a strange case of simple ignorance turning into a tragedy, a 23-year-old upcoming actor faces five years imprisonment and a heavy fine for an underwater stunt she did on camera, unmindful of the consequences

Lee Yeol-eum, a South Korean actor known for playing the lead in the blockbuster, The King, and the series Monster, is currently hosting a reality show, titled, Law of the Jungle. When she was shooting underwater at the Hat Chao Mai National Park in Thailand for the show, she had caught two giant clams and had pulled them out of the water, exclaiming "I caught it!”

As soon as the episode was broadcast on June 30th in local television, the Thailand authorities have filed a case against the actor for uprooting the clams, which are listed as an endangered species in the state. 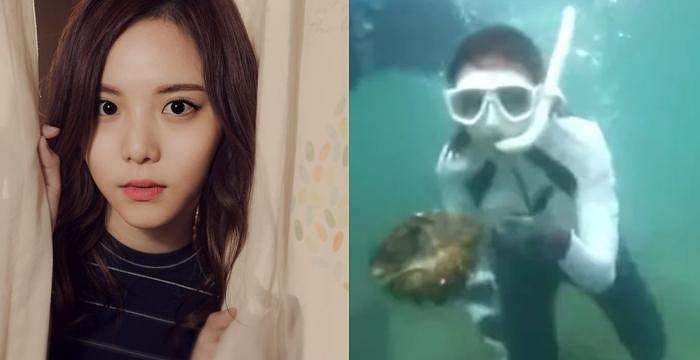 Despite the television channel issuing a statement saying it “deeply regrets" filming the episode without a thorough understanding of local regulations, the police had reportedly pressed charges against Lee Yeol-eum.  She now faces a fine of 20,000 baht and five years imprisonment. The courts will apparently decide about extraditing her from South Korea to jail her in the Thai prisons.

The Law of the Jungle has aired since 2011 and places South Korean celebrities in groups that are sent out to test their survival skills in remote locations. The incident has triggered angry responses from Twitterati, especially from South Korea, who have called for the show to be immediately canceled.