The film, co-starring Arun Adith, Subhiksha and Santhosh Prathap, went on the floors on 2016, but hit the screens only earlier this month, a delay of more than two and a half years

The director and co-producer of last week's release, Podhu Nalan Karudhi, filed a complaint against one of the film's lead actors, Karunakaran, alleging death threats.

Meanwhile, the actor has come out with a statement refuting such claims, and provided point-by-point clarifications addressing the allegations.

Earlier, co-producer Vijay Anand, who produced an audio recording of a phone conversation with actor Karunakaran as evidence, said, " Karunakaran called me at midnight, abused me verbally and he also went to the extent of threatening to kill me."

Director Zion had added, "I've been facing death threats from both the money lenders and Karunakaran. I'm genuinely scared about my life now. I don't think a director who makes films under corporate banners would receive such threats."

Rubbishing these claims, Karunakaran said that it is disheartening to be connected to violent threats of this kind.

The makers of Podhu Nalan Karudhi and Karunakaran have been at loggerheads since the time of the film's audio launch and promotions. The producers had previously complained that Karunakaran hadn't taken an effort to promote the film despite receiving his salary.

Responding to this claim, the actor said that he was informed about the audio release function at the last minute, and hence, wasn't in a place to reschedule his other plans.

Podhu Nalan Karudhi, co-starring Arun Adith, Subhiksha and Santhosh Prathap, went on the floors on 2016. But the film only hit the screens last Friday (February 8, 2019) after a delay of more than two and a half years.

Here is the full statement from Karunakaran: 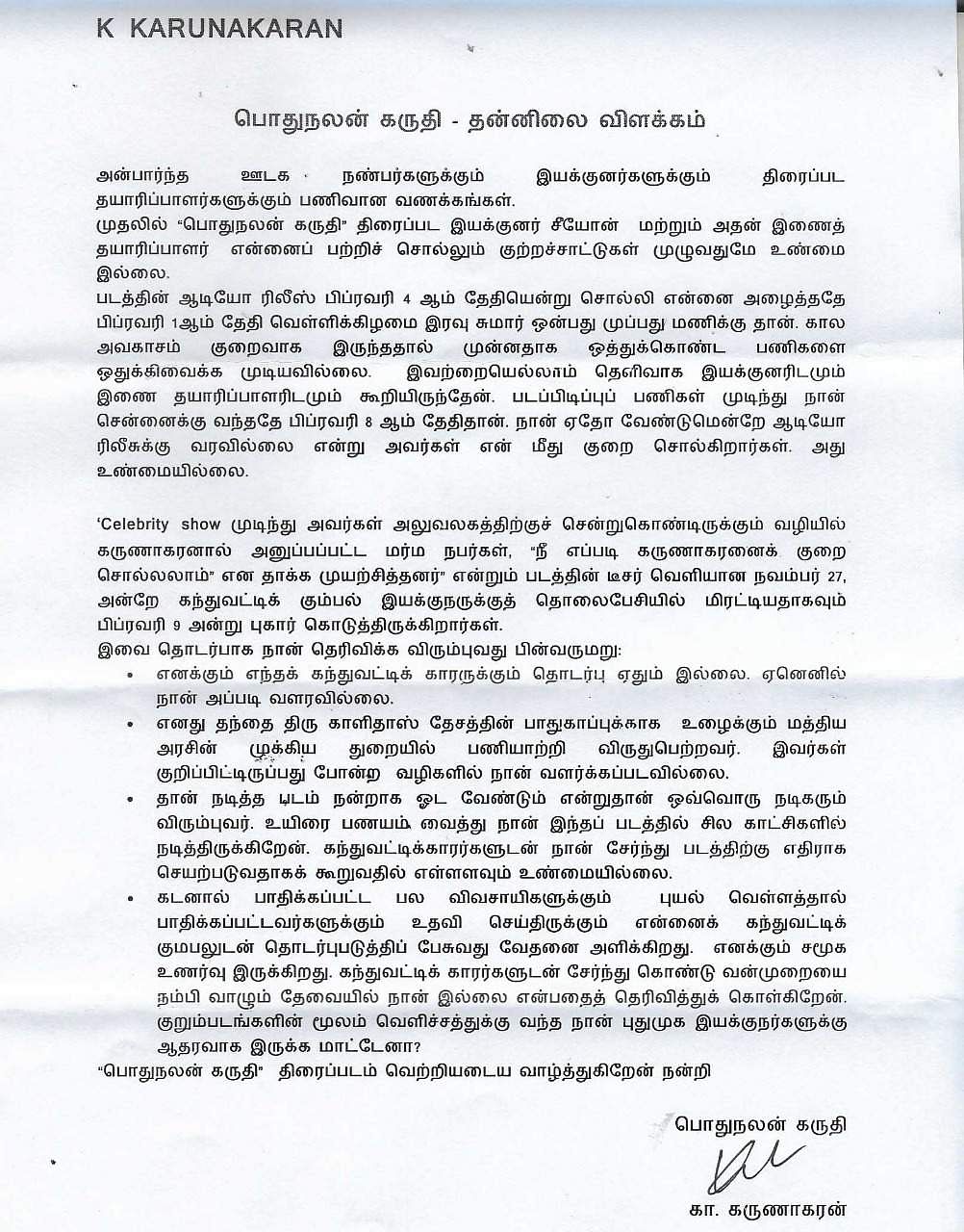