Anirudh to reunite with Dhanush for Vivek-Mervin's Pattas

Right from their debut album, Vadacurry, to their recent film, Sangathamizhan, Anirudh has sung in almost every project of Vivek-Mervin

One staple component of composer duo Vivek-Mervin's albums so far has been the presence of Anirudh Ravichander. Right from their debut album, Vadacurry, to their recent film, Sangathamizhan, Anirudh has sung in almost every project of the duo.

Continuing the tradition, the Darbar composer has sung for Dhanush's Pattas, and the track will be released on Christmas.

"It will be a fun-filled upbeat love song. Anirudh will be singing the song in the Madras slang. We wanted each track to give the audience a different feel, and that's why each song that has been released so far is from contrasting genres," says Vivek Siva, one half of the composer duo. 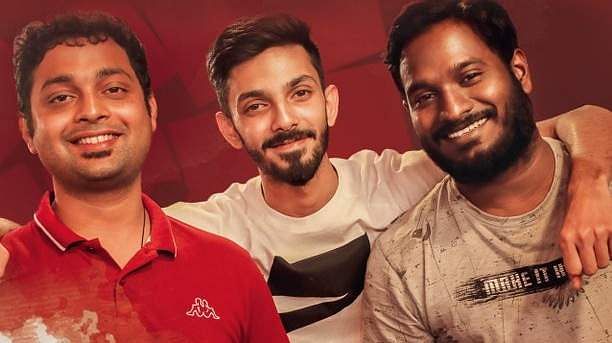 Pattas, directed by RS Durai Senthilkumar, marks the first festival release for the young composer duo. "We have been working on this film for almost 8-9 months. We always had Dhanush sir in our bucket list, and we're glad to compose for his Pongal release. This will be our biggest film so far," says Vivek, adding that apart from the songs there are a few theme numbers to look out for.

"The response to Chill Bro and Morattu Tamizhan has been overwhelming. They have been making waves on social media too. We are looking forward to releasing the entire album which, we believe, will not be uni-dimensional, and will surely have something interesting for everyone," says Vivek.

Pattas, bankrolled by Sathyajothi Productions, has Dhanush in a dual role, and stars Sneha and Mehreen Pirzada as the female leads.