The Ishan-starrer will be primarily shot at this expensive set in Bengaluru, which has been designed by director Pavan Wadeyar to mirror the lead character's life

A glass structure is being constructed in the heart of the Garden City at a whopping budget of Rs 1 crore. This makeshift office is being created for Pavan Wadeyar’s upcoming directorial, Raymo, starring Ishan. The makers shared a few pictures with Cinema Express, and interestingly, the whole set-up is also related to the hero’s character, whose life is transparent. Accordingly, the 360-degree space will have no curtains. A major chunk of the talkie portions will be shot at this posh structure. 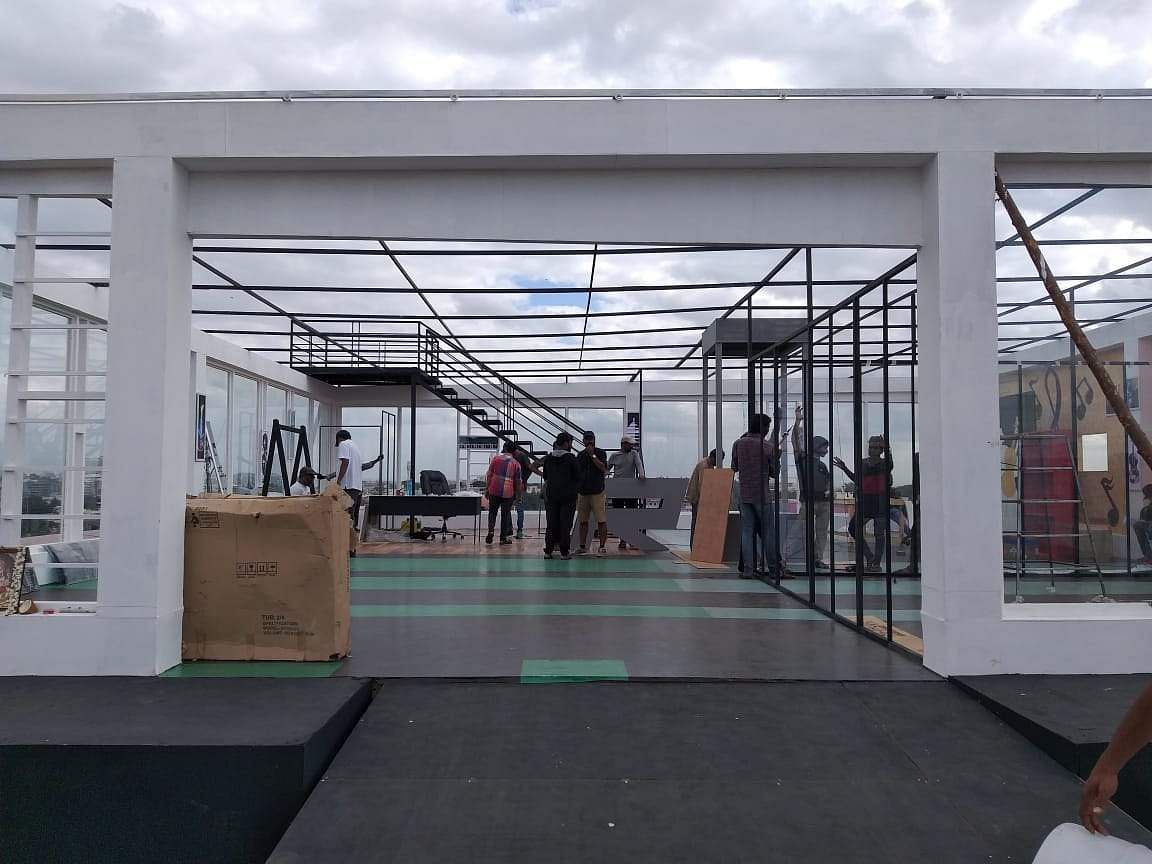 The team members are currently shooting in Bengaluru, and will next head to Singapore. A few portions will then be shot in Hyderabad.

With the shooting of Raymo going on in full swing, and around 25 per cent of the shoot completed already, the film is likely to see a December release.

Pavan Wadeyar, who is getting back to a full-fledged romance drama with Raymo, had in an earlier interview mentioned that it will cater to today’s youth, and not be a regular love story.

The film, which has Ishan undergoing an image makeover, is produced by the actor’s brother, CR Monohar. Raymo will feature Ashika Ranganath as the female lead. The film will have music by composer Arjun Janya, who is joining hands with Pavan Wadeyar for the first time.