VanCamp will return as Sharon Carter alongside Mackie and Stan, who are reprising their MCU characters of Falcon and Winter Soldier in the series, which is being developed for the studio's soon-to-be-launched streaming service Disney+.

The announcement was made by Marvel Studios President Kevin Feige at the D23 Expo, where he was joined by VanCamp on the stage.

About the show, Feige said, "It's an unbelievable privilege to be able to continue to work with these two (Mackie and Stan) year after year and now coming to Disney+. We do a much deeper dive into both their pasts and present post Endgame in a way that is cool." 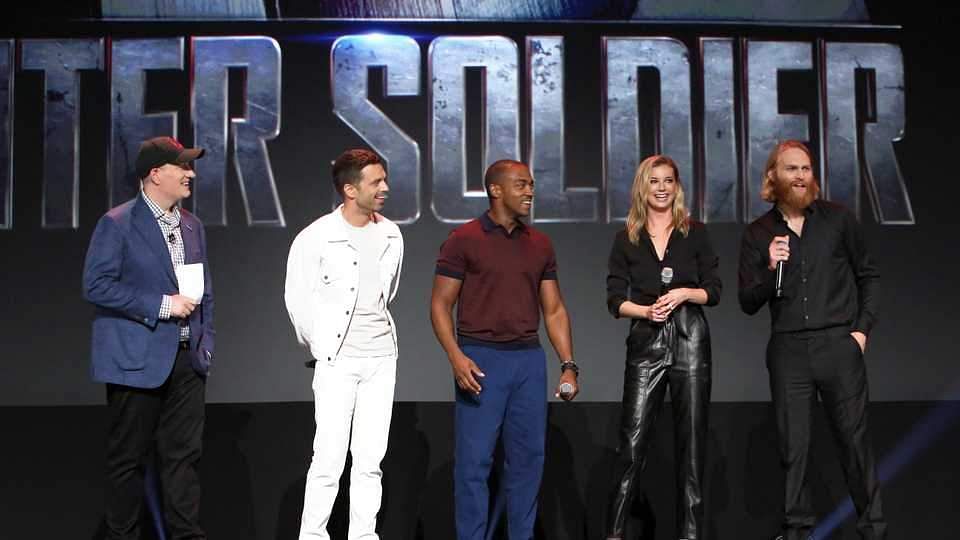 Joining the three actors in the show is Wyatt Russell, best known for featuring in the film 22 Jump Street and in the Playtest episode of popular series Black Mirror.

Russell is the son of Hollywood veteran Kurt Russell, who made his own MCU debut with Guardians of the Galaxy Vol. 2 in 2017.

The actor will portray the role of John Walker, a Marvel comics character who often goes by the name of Super Patriot. In the comics, Walker is the US government's first choice to replace Steve Rogers as Captain America.

The show will be directed by Kari Skogland and written by Malcom Spellman, who were both present at the event.

German actor Daniel Bruhl is set to reprise his Captain America: Civil War role of Baron Helmut Zemo in the series. He is rumoured to be the primary villain in the show.

Falcon and the Winter Soldier will debut on Disney+ next year.