Coolie No. 1 posters out: Varun Dhawan and Sara Ali Khan impress on arrival

The first look posters of Coolie No. 1, starring Varun Dharwan and Sara Ali Khan, have arrived. The adaptation of the 1995 cult comedy is directed by David Dhawan and produced by Vashu Bhagnani. The film marks the third collaboration between the father-son duo of David and Varun Dhawan. They have earlier worked together in Main Tera Hero (2014) and Judwaa 2 (2017). 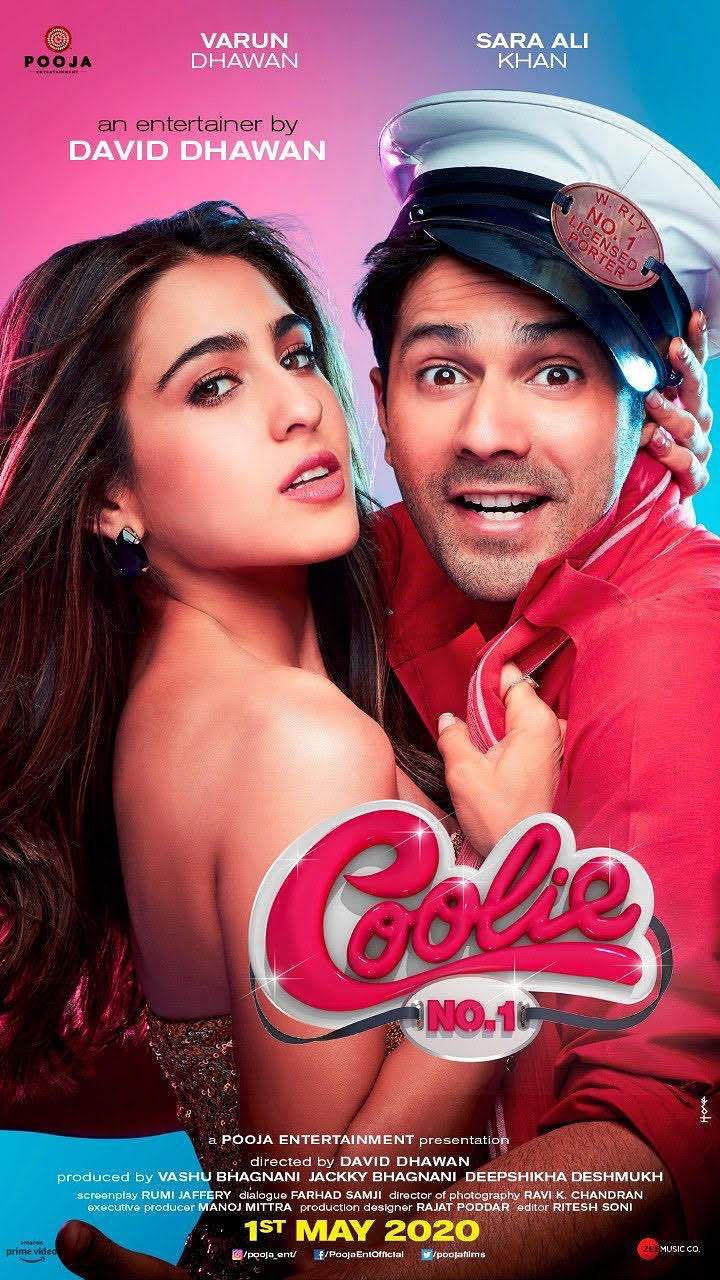 Coolie No. 1 is written by Rumi Jaffery and Farhad Samji. The new film recently went on floors in Bangkok. The makers have locked May 1, 2020 as the release date.