Confirmed: Shah Rukh Khan not a part of Thalapathy 63

Ever since director Atlee was seen sitting next to Shah Rukh Khan at an IPL match in Chepauk stadium, rumours were swirling that the 'Badshah of Bollywood' would be seen in the filmmaker's next. Widespread reports emerged yesterday claiming that Shah Rukh had agreed to play the main villain in Thalapathy 63, Atlee's next with Vijay. 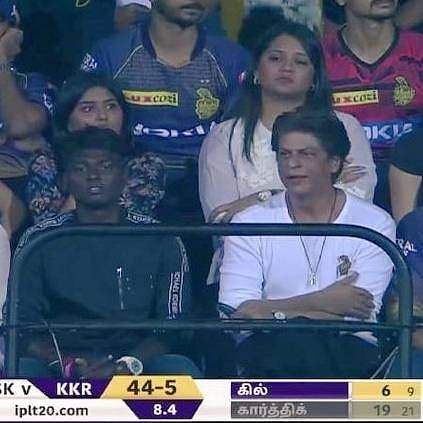 Filmfare was the first to report this news. They claimed that Shah Rukh would come into the picture only towards the climax as the principal baddie, and would have screentime of about 15 to 20 minutes. "It's a four-five day shoot for Shah Rukh and the team is currently figuring whether to shoot the scenes in Chennai or in Mumbai itself," the online portal had said.

However, a source close to the unit, speaking to us today, has strongly denied all reports of SRK agreeing to do any role in Thalapathy 63. "The news is entirely false. The team, which is currently shooting in Chennai, will be moving to Delhi for the next schedule. Further announcements about the cast will be made soon," the source adds.

Thalapathy 63, Atlee's third collaboration with Vijay, is a sports drama, which has the Sarkar actor playing a football coach. Starring Nayanthara as the female lead, the untitled film also features Indhuja, Jackie Shroff, Kathir, Vivekh, and Yogi Babu. Produced by Archana Kalapthi under the banner of AGS Entertainments, it has music by AR Rahman.