Actor Priyamani, who featured in the recent OTT rage, The Family Man 2, is juggling multiple releases across languages and is as busy as she has been over her 20-year career

Over twenty years of being an actor, Priyamani has won many laurels, including a National Award for Paruthiveeran (2007). And yet, this hasn’t stopped her from adapting herself to the constant churns in the entertainment industry. That perhaps explains why she’s today a familiar face on OTT platforms as well. “I am happy with how my career has shaped up… or should I say, is shaping up? I choose quality over quantity always,” says this actor, who played her part in the recently released Amazon Prime series, The Family Man 2.

In this interview, she looks back at her long career with disarming candidness and spills the beans on her upcoming work as well…

A good time for women actors

“When I pick a film, I know nothing about its fate or potential reception. Be it success or failure, I haven’t let it affect me as an actor. In our industry, unfortunately, when a film doesn’t do well, they often hold the heroine accountable. We end up not getting offers. The heroes, however, remain unaffected by the occasional box office failure. I think women actors must be treated more fairly. However, I think the times are changing.

Newcomers are being welcomed today; married actors are being cast in the lead. Take the case of Samantha Akkineni. She is doing really well for herself. People are in queue to get a chance to cast her. Scripts are written for her. When a heroine shows that she can carry a film on her shoulders, she must be given more work. I have worked across languages and delivered hits. I barely have time to breathe with the lineup of films I have. God has really been really kind to me.”

On playing a naxal

“I took on the upcoming Telugu film, Virata Parvam, because the role was appealing and challenging. We did a look test right after the narration and director Venu (Udugula) garu was specific that I look natural. He showed a few references to women naxals and wanted me to portray the role realistically. I grew thick eyebrows, oiled my hair, tied it into a bun, and turned dark for the part. In the film, I play a strong-willed naxalite named Comrade Bharatakka, a deputy leader in the dalam spearheaded by Comrade Ravanna (Rana Daggubati). 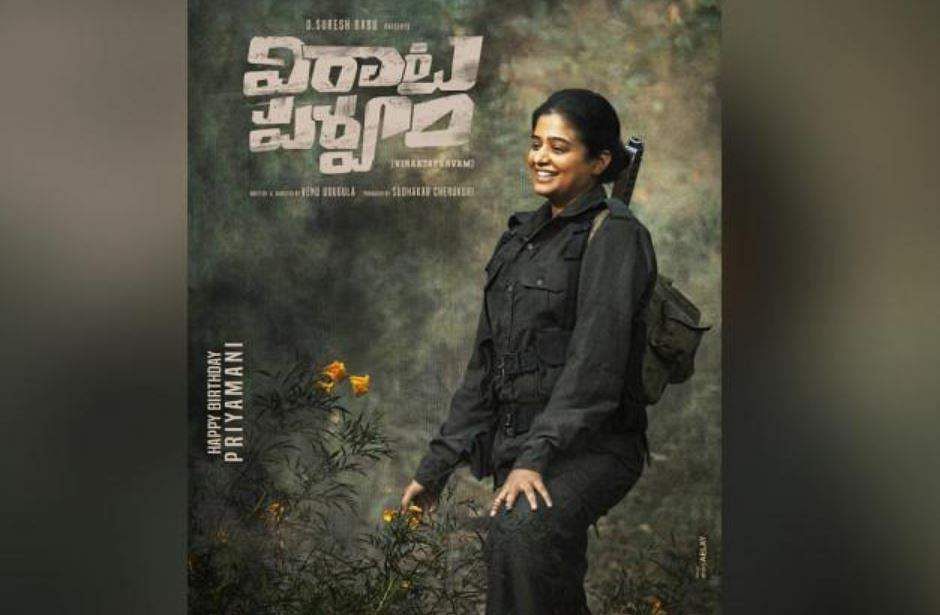 I have an exciting scene with Sai Pallavi in the climax and let me just say that you must expect the unexpected from Bharatakka. Contrary to rumours, Virata Parvam is not entirely based on the naxal movement; there is also an intense love story in it. I am particularly excited by the cinematography of Dani Sanchez-Lopez. It won’t be your regular commercial film.

A strong role in Asuran remake

“In Narappa (the remake of Asuran), I play, again, a strong woman. She’s called Sundaramma and has a mind of her own. She commands equal footing with Venkatesh's character. I loved how Manju (Warrier) chechi carried her character in Asuran. Even if I give 10 percent of what she did, I will be happy. I have also reinterpreted this character in my own unique way, as I have done quite a few remakes across languages and know the importance of doing this.

It took me three times as much time to dub for this film than it did for Virata Parvam, as speaking the Anantapur dialect turned out to be difficult for me. However, director Srikanth Addala was supportive and brought in a diction trainer from Anantapur to help me with rhythm and pronunciation.” 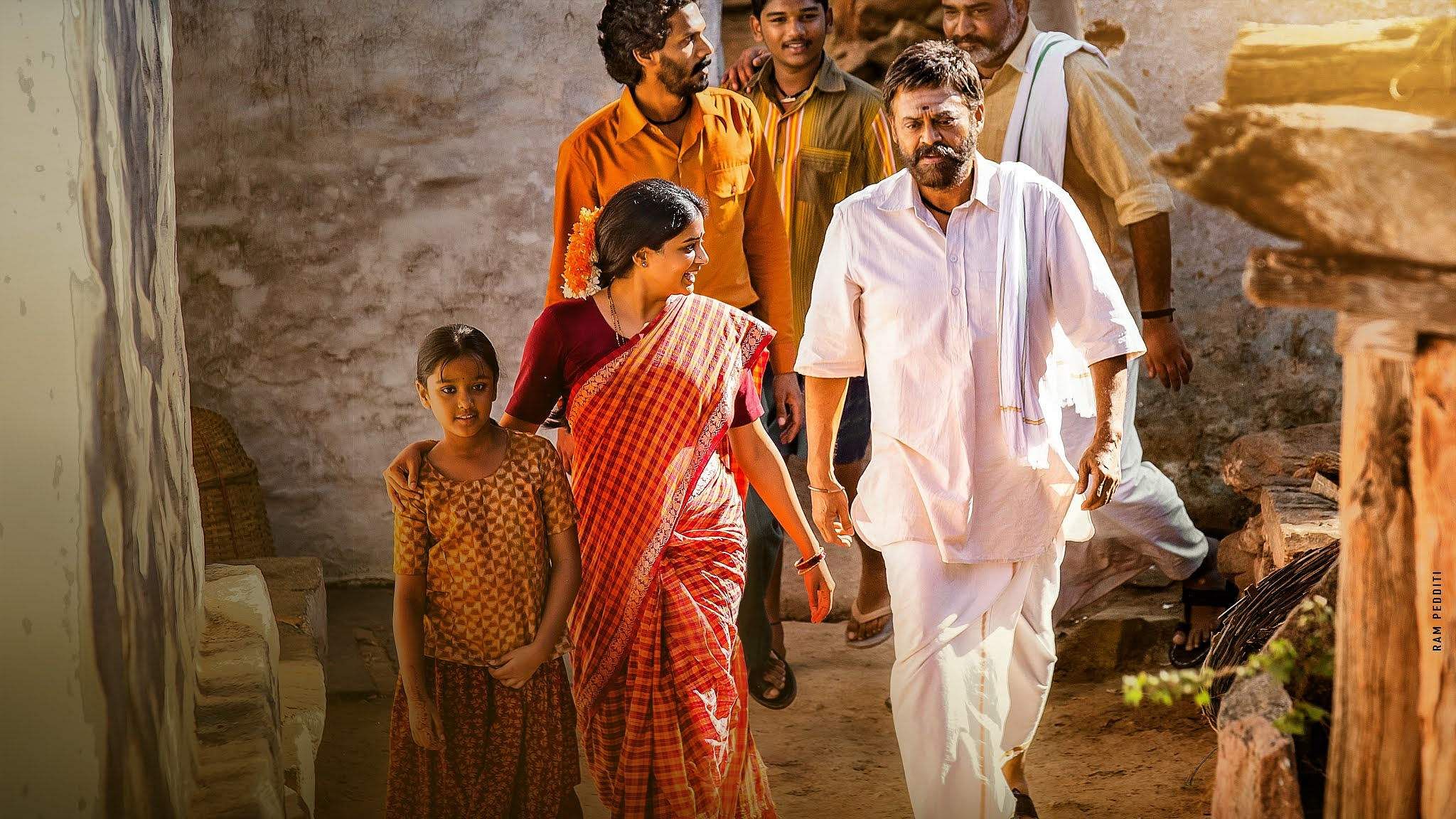 Finally, a project with Venkatesh

“I was supposed to have done a film with Venky sir much earlier, but three of them failed to materialise for various reasons. Working with him was a lot of fun, as he is a chilled-out person. I have known him for a long time, and we converse in Tamil as he is quite comfortable with the language. As an actor, he notices the minute details and ensures that each scene comes out looking convincing.”

“Just before the first lockdown happened in March, we were shooting in Madurai for Narappa. About five-six kilometers from where we were shooting, we learnt that there were two Covid-19 positive cases. Immediately, producer Suresh Babu (Daggubati) sir suspended the shoot and we resumed proceedings only in January. I also had a significant portion to be shot for Virataparvam and so, I joined that film’s sets and completed all the work by November. By now, we are all used to giving Covid-19 tests, wearing masks and gloves, sanitising hands... All of us actors removed our masks only when actually doing a scene.”

Cop and a killer

“I am doing a multi-lingual crime thriller called Cyanide, based on the crimes of serial killer, 'Cyanide' Mohan. I play a Central Bureau of Investigation (CBI) officer in the South versions, while Yashpal Sharma plays this character in Hindi. Director Rajesh Touchriver narrated the story over the phone, and I accepted the project as I feel strongly about the atrocities being committed on women in our country. I read about 'Cyanide' Mohan only in newspapers and I believe people need to know about this story. This is the first time I will be playing a cop throughout the film. I have done thorough research on how a police officer looked in the 90s.

Next up is Quotation Gang and my character of an unassuming contract killer is completely in contrast to what I am playing in Cyanide. I gave a look test for this film and director Vivek was specific about me looking a certain way. We have used special make-up effects (not prosthetics) during the photo shoot; it made me see that he too, like me, is a stickler for perfection.”

“I have accepted a pay cut, given the circumstances. Let me also clarify that I have never charged exorbitant salaries! If a producer feels burdened, I am always happy to negotiate, and I have done this too. As an actor, I believe we need to be accommodating of filmmakers and producers, always.”

“Suchi (Suchitra Iyer) is one of the strongest characters I have played in my career. The second season allowed me to portray more complex emotions than the first. I am delighted to have been a part of this amazing series. It’s heartwarming that the series has secured such warm reception from everyone.” 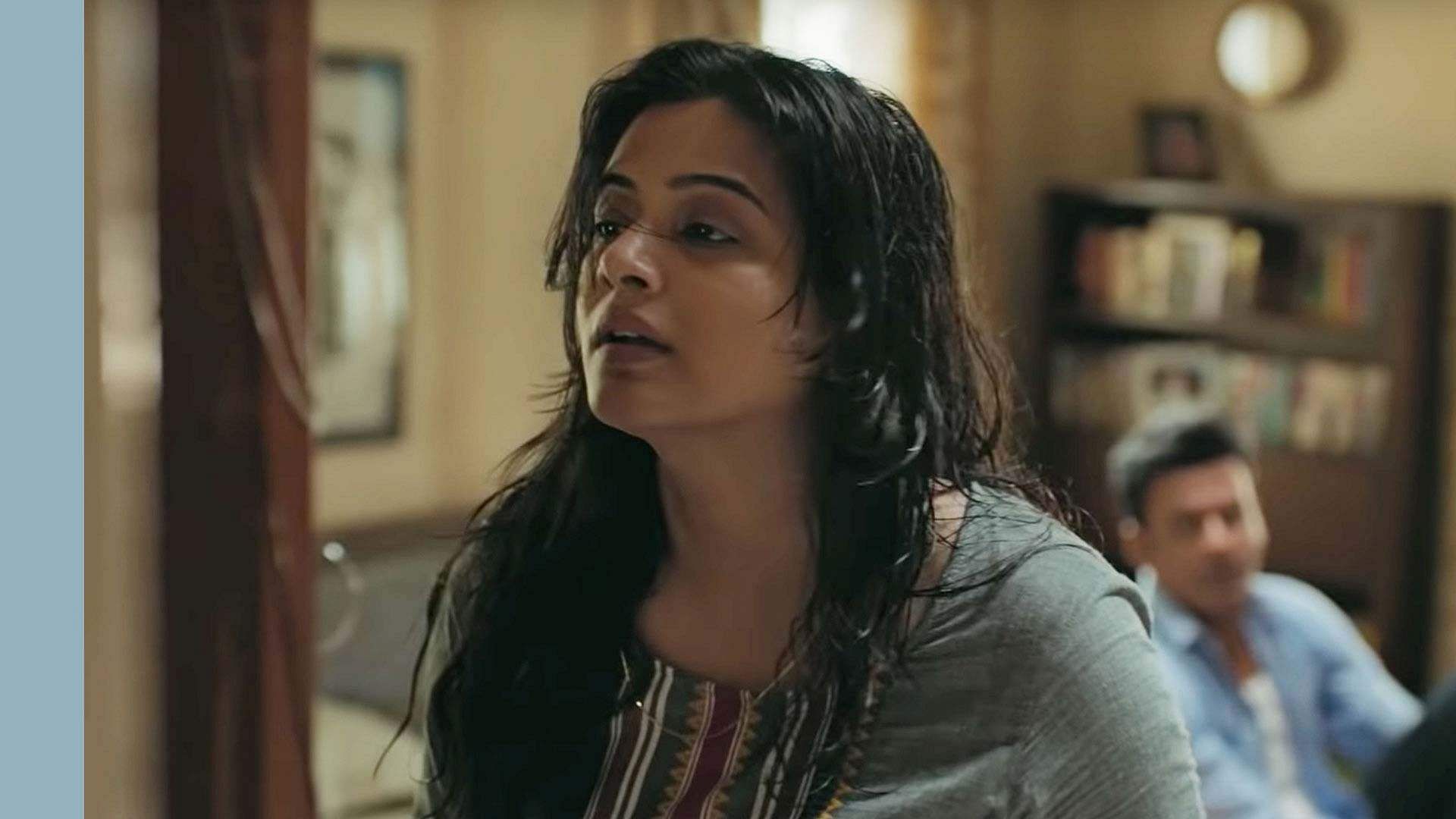 “Eight years after Chennai Express, I have signed a Hindi sports drama titled Maidaan that is based on the life of Syed Abdul Rahim, a former Indian football coach from Hyderabad. Ajay Devgn has been cast as Syed Abdul Rahim, while I play his wife who provides him with a lot of emotional support. I have finished shooting for my portions. Apart from this, I am also working on another web series for Amazon Prime.”

OTT is the future

“Digital content is the future of this country. OTT platforms offer a more intimate experience, I think. It has emerged as an alternative to theatres now. But yes, I do miss the theatre experience; I think it is an eternal medium. However, we must note that the OTT platforms are gaining in momentum and have taken control during the pandemic. The actors are all making a beeline to it. I see it co-existing with theatre releases in the future.”