Jacqueline Fernandez: I hope it's Vikrant Rona that revives the spirit of theatres.

Vikrant Rona's director Anup, producer Manjunath Gowda share their experience in working with Jacqueline, who is making her debut in Kannada with the film

Every new development with the upcoming Kichcha Sudeep-starrer, Vikrant Rona increases the excitement of the fans. With the addition of Jacqueline Fernandez to this pan-Indian film, the expectations have sky-rocketed. The actor will be seen in an interesting cameo and a dance number, which marks her debut in the Kannada film industry.

Manjunath Gowda, Vikrant Rona's producer, talking to CE heaps praise on the Bollywood actor. "Jacqueline is one of the most professional actors I have worked with. She used to report to sets at 9 am and stayed till 9.30 without making any fuss. Sudeep was also appreciative of her efforts in perfecting the dialogue delivery and performance."

Art director Shivakumar erected a grand set worth Rs.5 crore for the song, and the shoot went on for six days. Choreographed by Johnny, the whole sequence featured about 300 dancers in addition to Sudeep and Jacqueline. "This is going to be one of the costliest movies of the Kannada film industry like KGF Chapter 2," says Manjunath. 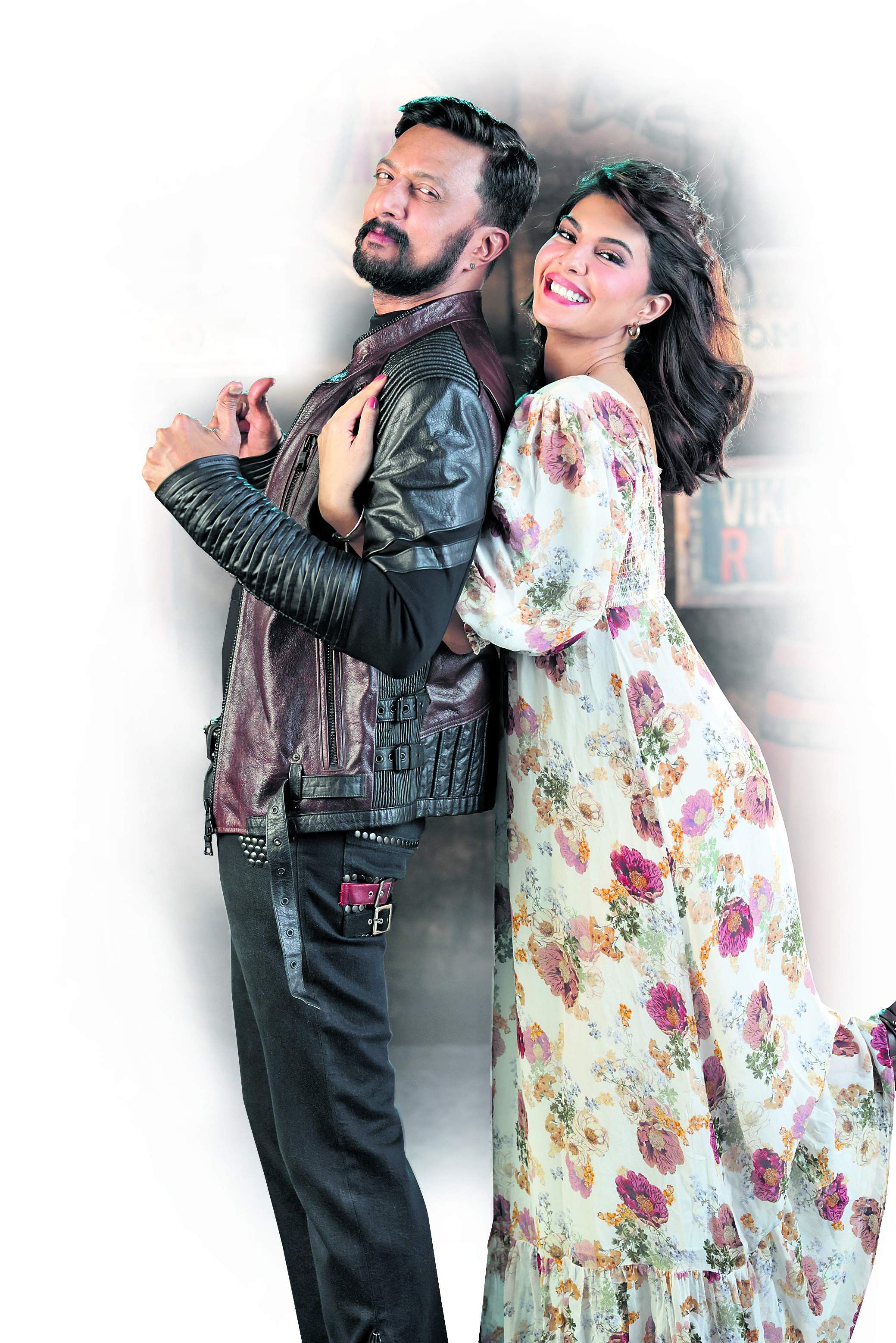 Speaking to CE, Jacqueline says, "Vikrant Rona is an ambitious film that intends to tell an Indian story that will stand out across the globe. I'm glad to have been signed on for an action-adventure that is being envisaged on such a humongous scale. I'm truly excited and I hope it's the film that revives the spirit of theatres."

Sharing the experience of directing Jacqueline, the film's director Anup Bhandari, says, "She did her homework before coming to the sets. We had sent the dialogues beforehand and explained her role over the phone. We sent a language coach. She wanted to be thorough before coming here. Jacqueline even offered to dub for her role in the film. Her effort was special because she doesn't know any south Indian language. She has Sinhalese roots, and she noted the similarities in the scripts of Sinhala and Kannada. It was surprising."

Anup's wife Neeta Shetty had designed the costumes of Jacqueline for the film, and the director says that the Kick actor was particular about her looks as she wanted to make a good first impression in the south. "Jacqueline wanted it to be unique and special. She was impressed by Neeta's work. In fact, Jacqueline is the only character who wears green in the film," says Anup, who plans to reveal the first look of the actor soon.

"Jacqueline was surprised to learn about our editing skills. She was anxious to see a film getting edited on the sets. After every shot, she was curious about our process," the director says.

Vikrant Rona is a multilingual action-adventure that will have a 3D release in 14 languages across 55 countries. The film has music by B Ajaneesh Loknath, and William David is handling the camera. The film also stars Nirup Bhandari and Neetha Ashok in the cast.