'Jagame Thandhiram is an example of how great stories are universal'

Ever since Netflix expanded to India in 2016, the streaming giant has beheld a gradual evolution. Sacred Games in 2018 marked Netflix’s first original production and the platform went on to produce well over 70 titles, spanning across various formats — scripted series, reality shows, feature films, and documentaries. It hasn’t been a hurdle-free journey, however. In a country that proudly proclaims its diversity as an adage, discerning the ever-evolving viewing taste of binge-watchers can be a hard nut to crack, and Netflix has had its share of hits and misses.

So far, the platform has predominantly focused on producing and acquiring Hindi language titles. However, recent developments — the release of  Paava Kathaigal and Pitta Kathalu in Tamil and Telugu, and the acquisition of a major Tamil film, Jagame Thandhiram — indicate a revamp in strategies to tap the South Indian market. With Navarasa, an anthology boasting big names, set to stream this August, we talk to Pratiksha Rao, Director, Content Acquisition, Netflix India, in conversation about the platform’s learnings from the past and the plans for the future.

Have you identified your target demography in the south? How does it influence the content that you are planning to produce?

The viewing preferences of our members constantly evolve, and we learn from them while programming for our growing member base in India. With our continued and growing curation of films in different regional languages, we are delighted to see how those stories are watched outside of their native language region and find audiences across India and around the world.

Some days, our members want to be charmed by Suruli in Jagame Thandhiram, and at other times, they want to be inspired by complex female characters like in Netflix’s Telugu anthology Pitta Kathalu or enjoy the Chris Hemsworth-starrer Extraction. As we've had the opportunity to bring a more diverse set of films from different regions of our country, specifically from South India, we've seen more and more of our members discover and engage with these films. With subtitles and dubs, the language barrier has lowered and we are thrilled to see that more audiences are discovering this cinema.

What does the success of Jagame Thanthiram mean for Netflix plans for the South Indian film industries?

Jagame Thandhiram is an example of how great stories are universal and filmmakers from every part of our country today have the unprecedented opportunity to share their stories. In its first week alone, Jagame Thandhiram drew an equal share of audience from outside India as it attracted from within the country. The film was subtitled and dubbed in multiple Indian and other languages. Over the past year, Martin Prakkat’s Nayattu (Malayalam), V. Vignarajan’s Andhaghaaram (Tamil), anthologies Pitta Kathalu (Telugu) and Paava Kadhaigal (Tamil), Praveen Kandregula’s Cinema Bandi (Telugu), and Mandonne Ashwin’s Mandela (Tamil) were also widely loved by our members and featured in the Top 10 in India. 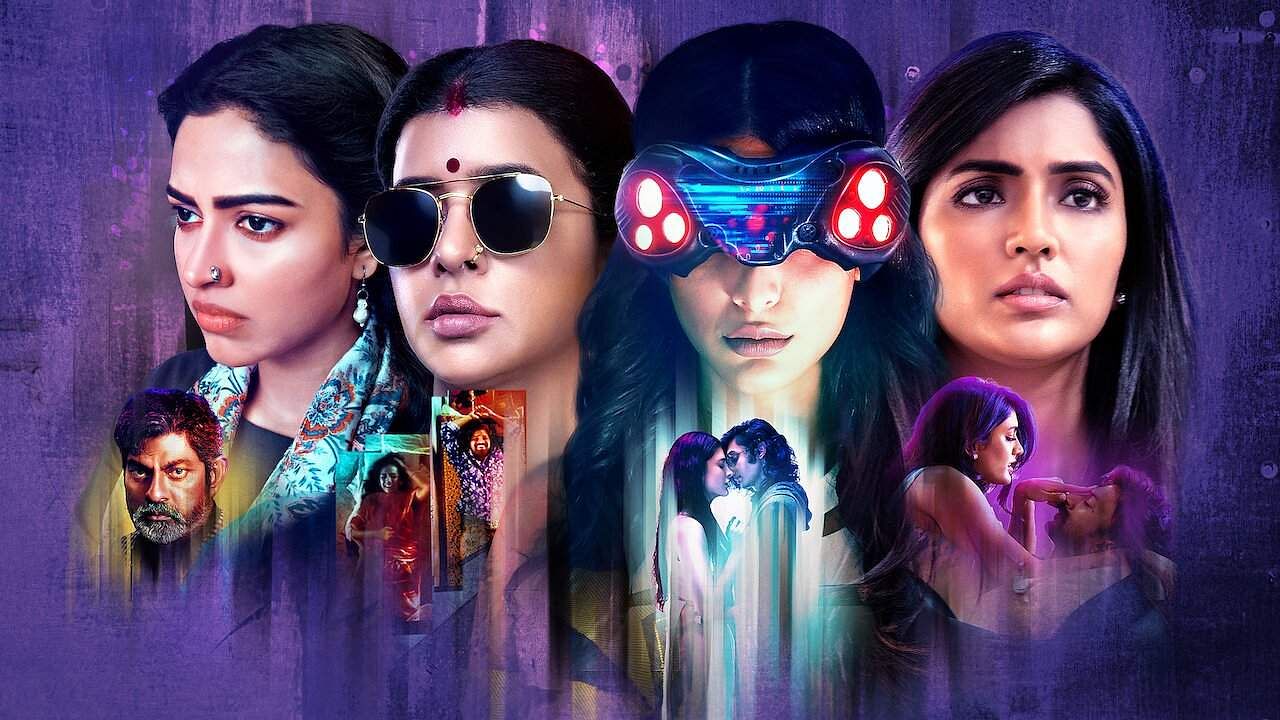 How promising is Navarasa and is it like a litmus test for making original content in Tamil?

Our goal is to bring our members the most entertaining stories and they can come to us in any form- sometimes as an idea, a script, or a ready film. Tamil films are hugely popular on Netflix. We are excited to soon bring them Navarasa, helmed by Mani Ratnam and Jayendra Panchapakesan. The film is a celebration of the craft of filmmaking and the magic of Tamil cinema, featuring a wonderful ensemble of filmmakers and talent that we can’t wait to take to the world. 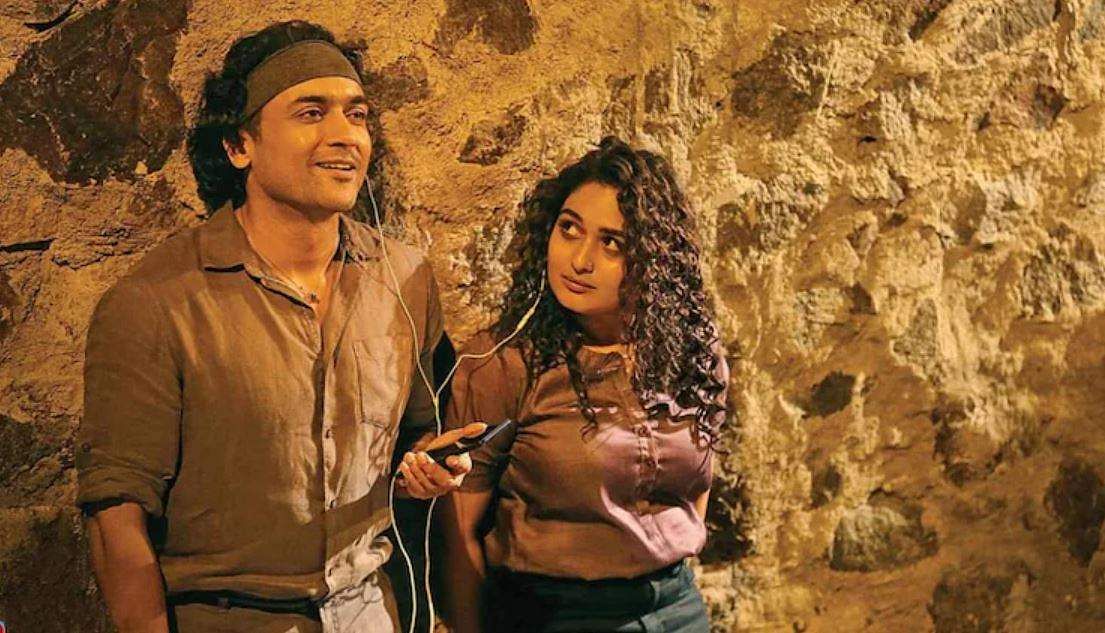 Do you fear having a separate handle for South Indian cinema, will scatter the traffic and attention from the other accounts like Netflix India?

At Netflix, we are fans of entertainment just like our members. They engage with our stories, storytellers, and stars in fun, interactive and meaningful ways through the Netflix India social channels. As we expand our film slate to have amazing original and licensed films from South India, we heard from many of our members and fans that they would like to engage with us more on these films. This is why, while our existing channels will continue to be a place for conversations on South Indian language films, our new Twitter handle, Netflix India South (@Netflix_INSouth), will be a dedicated space to engage more deeply with audiences.

One of the major criticisms of leading Indian film industries is that they are hero/star-centric. Netflix and other OTTs were perceived to make cinema content-centric. However, going by the Tamil acquisitions and originals, it looks like Netflix is also after the star value. Will there be a hunt for new original talents?

We continue to bring stories by seasoned as well as new filmmakers and talent. While we are thrilled to be the home for Jagame Thandhiram, and our upcoming film Navarasa that brings together some of the most well-known and beloved voices, the growth of streaming services in India provides a massive opportunity for new talent to share their stories with the world. At Netflix, we are excited to have stories by a new generation of incredibly talented stars and storytellers from South India. They continue to set new standards with their authentic and relatable stories across genres - from V. Vignarajan's Tamil directorial debut with supernatural thriller Andhaghaaram, Sanjith Hegde’s acting debut in Pitta Kathalu, Krithi Shetty’s brilliant debut performance in Uppena, Venkatesh Maha's Telugu drama Uma Maheswara Ugra Roopasya to Halitha Shameem's romantic Tamil anthology Sillu Karupatti and Karthik Subbaraj's Tamil drama Jagame Thandhiram.

Karthik Subbaraj stated in a recent interview that they edited out two songs from the film to keep the film more ‘streaming-friendly. Are you open to produce/acquire standard crowd-pleasers that have a hero opening number and five song-and-dance numbers, that major mainstream films in the South are best known for?

Streaming has brought in more innovation and experimentation in storytelling. Creators have the liberty to tell the story of their choice, the way they want, knowing that every story can find its audience, without limitations on format or duration. If they feel a song should be included, or if an action sequence should be longer, or if they want to edit the film in a certain way because they feel the film will appeal more to the audience- we are completely supportive of their decisions. It’s really about bringing the story to life in the most authentic way possible and it is this authenticity that the audience loves.

Compared to other platforms, Netflix has acquired only very little in terms of original Malayalam and Kannada cinema. Do they have plans to rectify this soon?

While the volume of stories is important and we are expanding our diverse selection of films, and what’s more important for us is that the films should resonate with our members across the world. Our members in India have discovered and fallen in love with incredible Malayalam and Kannada films that are marked by unconventional stories and fresh perspectives from the filmmakers. Irul, Kilometers and Kilometers, Maniyarayile Ashokan, Ayana, Nathicharami, Mundina Nildana, Varane Avashyamundu, Nayattu, and Kappela are some of the widely loved South Indian language films on Netflix. In the American film industry, Netflix is now ranked besides major studios like Warner Bros, Universal, Disney, among others, and stars have expressed no qualms about acting in a streaming original. However, as far as South Indian film fraternities are concerned, they continue to deem streaming platforms/studios as a secondary medium to cinema and some have gone on record to say that OTT platforms are a threat to the cinema. How do you see this?

Streaming services have been a great addition to the Indian entertainment industry and have ushered in a golden age of entertainment, making this the best time to be a creator and consumer of great stories. Streamers have always partnered with the Indian film industry, through original and licensing of content, and have provided an additional method for the exhibition of films. Going to the movies and watching entertainment at home are two different experiences and both will thrive together.

Finally, can you share a few South films that will be hitting the platform in the months following or those that Netflix is currently in negotiations with?

We are steadily growing our original and licensed film catalogue across languages and our members can expect to find many more diverse and entertaining films on Netflix in the coming months. We can’t wait to bring Navarasa to our members.