Enable Javscript for better performance
Kajal Aggarwal: Marital status has nothing to do with one’s career- Cinema express
ADVERTISEMENT

Kajal Aggarwal: Marital status has nothing to do with one’s career

Ahead of the release of the horror series, Live Telecast, its director Venkat Prabhu, lead actors Kajal Aggarwal, Priyanka Nair, and music composer Premgi Amaren join us for a conversation

Amid frequent power cuts, fumbling cameramen, falling tripods, and talkative journalists, happened this conversation with the Live Telecast team. And yet, director Venkat Prabhu, actors Kajal Aggarwal and Priyanka Nair, and composer Premgi Amaren, were enthusiastic about their participation with each media organisation, one particular team even demanding that they play ‘Rock Paper Scissors’ on camera. We did no such thing though, and I began this conversation by expressing regret that they may all have to repeat some of their answers from other interviews. Kajal quipped, “Oh, that’s fine. We can do this all day!”

Priyanka, you return to the Tamil space after a while. Did you wonder what made Venkat Prabhu choose you for the role? 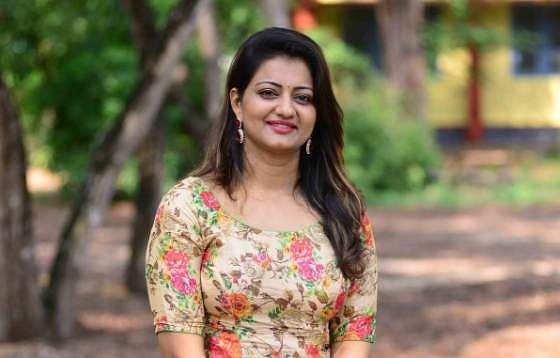 Priyanka: I even asked him, “Why me?” He told me that the role has the scope for a good performance. I was hesitant initially, as it is a mature character. But I agreed after hearing the story and the potential of my character. Also, I adore Kajal. It was great working with her and Vaibhav.

Venkat Prabhu’s team comes across as a gang of friends. How was it to join such a close-knit team?

Priyanka: Only once in a blue moon do you get to work with a team like this. Rasichu rasichu pannen. I felt bad as we neared the end of the schedule.

Venkat, even your films are about groups of friends...

Venkat Prabhu: When I was a supporting actor, I often played the friend of the hero. In such films, the hero would do everything, and his friends would hang around without purpose. That’s not real, obviously. That’s why I wrote the equations and camaraderie of friendship into Chennai 600028. And I keep doing it. Even in Live Telecast, Kajal’s character and Anandhi’s share a great bond.

Kajal, you worked with Venkat Prabhu back in 2008 for Saroja. How has this relationship evolved over the years?

KA: I did a small role in Saroja and didn’t know about him much then. I can tell you now though that he is a wonderful person, and this reflects in his work as well. You need a big heart to give equal screen space to so many characters in a film.

VP: It was nice of her to do that cameo in Saroja. As an actor, she has come a long way and has turned into an amazing performer. She had to play a director and with an attitude; this is in contrast with her real persona, but she pulled it off effortlessly.

Did the role make you think about turning into a real-life director?

KA: As an actor, I can go home with no worries. Playing this character, I realised how hard the job is. My respect for directors has shot up now. But about turning director, well, some day, maybe.

Premgi, you are known to be a picture of fun. Making music for a horror series must have seemed quite different?

Premgi Amaren: Once you are a music director, you need to work across genres. Be it romance or horror, you should be attentive to all sensibilities. Namma preconceived thoughts laam erakka vendi dhaan.

VP: Some films can work any time. Take Sethu (1999), for instance. It came out many years after it was made but still turned out to be a blockbuster. Every story has its own journey.

Do you believe in ghosts?

VP: I do! Premgi, Vaibhav, and I were staying in a house in the UK. The two were studying while I was working there. While we were in this house, I used to get sleep paralysis. I would be awake but would not be able to move even if I wanted to. This kept happening. One night, this happened again, and I got a glimpse of a figure that seemed to pounce upon me. I couldn’t breathe. Only when it left me could I catch my breath again. It was a scary experience.

KA: I am not going to get any sleep tonight!

The trailer indicates an element of voyeurism as well...

KA: That’s a fabulous observation. Yes, there is subtle commentary about the issue of voyeurism where people end up profiting from the sorrow of others. But it is not the primary focus of the film.

As a married woman, is it annoying that only women get asked about their future in the industry?

KA: Yes. To such questions, I point out that I have a release for every alternate month this year and have many projects in the pipeline as well. The marital status of a person has nothing to do with their career.