When Tinu Pappachan impressed everyone with his directorial debut Swathandryam Ardharathriyil, he had a wealth of experience behind him, gained from having worked with senior filmmakers for over a decade. The most notable being his association with Lijo Jose Pellissery, which started with the latter's City of God and continued through Ee Ma Yau and Jallikkattu. While many aspiring filmmakers of the present generation would prefer to jump into directing films on their own, it was of paramount importance to Tinu to learn the craft by working with other filmmakers - and it shows. Swathandrayam Ardharathriyil, regarded as Malayalam's first full-fledged prison break film, proved that Tinu is a filmmaker to look out for.

Tinu is now back with his second directorial Ajagajantharam, which reunites him with actor Antony Varghese and Chemban Vinod Jose. The film, which has a script by Angamaly Diaries actors Kichu Tellus and Vineeth Vishwam, is based on real events. 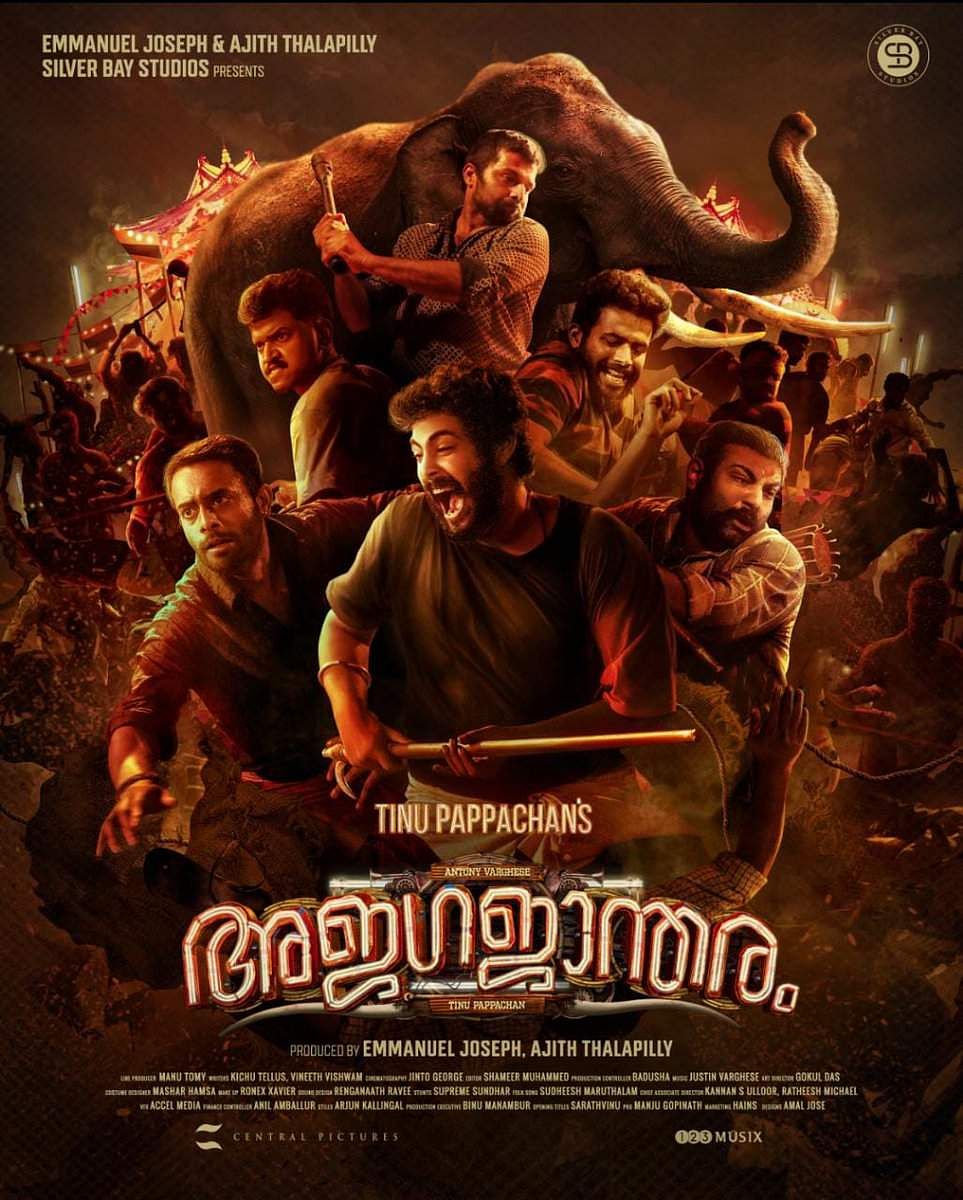 As far as Tinu is concerned, it is all those years of learning that helped him conceive these two films which he feels were complicated to pull off. "Managing these films was not easy but what helped me as a filmmaker was the decade-long investment I put in to learn the craft," he says.

After Swathandryam, Tinu didn't immediately get to work on Ajagajantharam. He used the gap between the two films to work in Lijo's Ee. Ma. Yau and Jallikkattu, as an associate director. Asked if doing that helps bring a new perspective, he concurs. "As filmmakers, we are still learning. There is no such thing as 'completing' training - both in cinema and life. And working with Lijo chettan was a turning point in my life. He taught me everything about cinema as if to a younger brother. He taught me to approach it seriously. I don't think I would've gotten that kind of knowledge from every filmmaker." 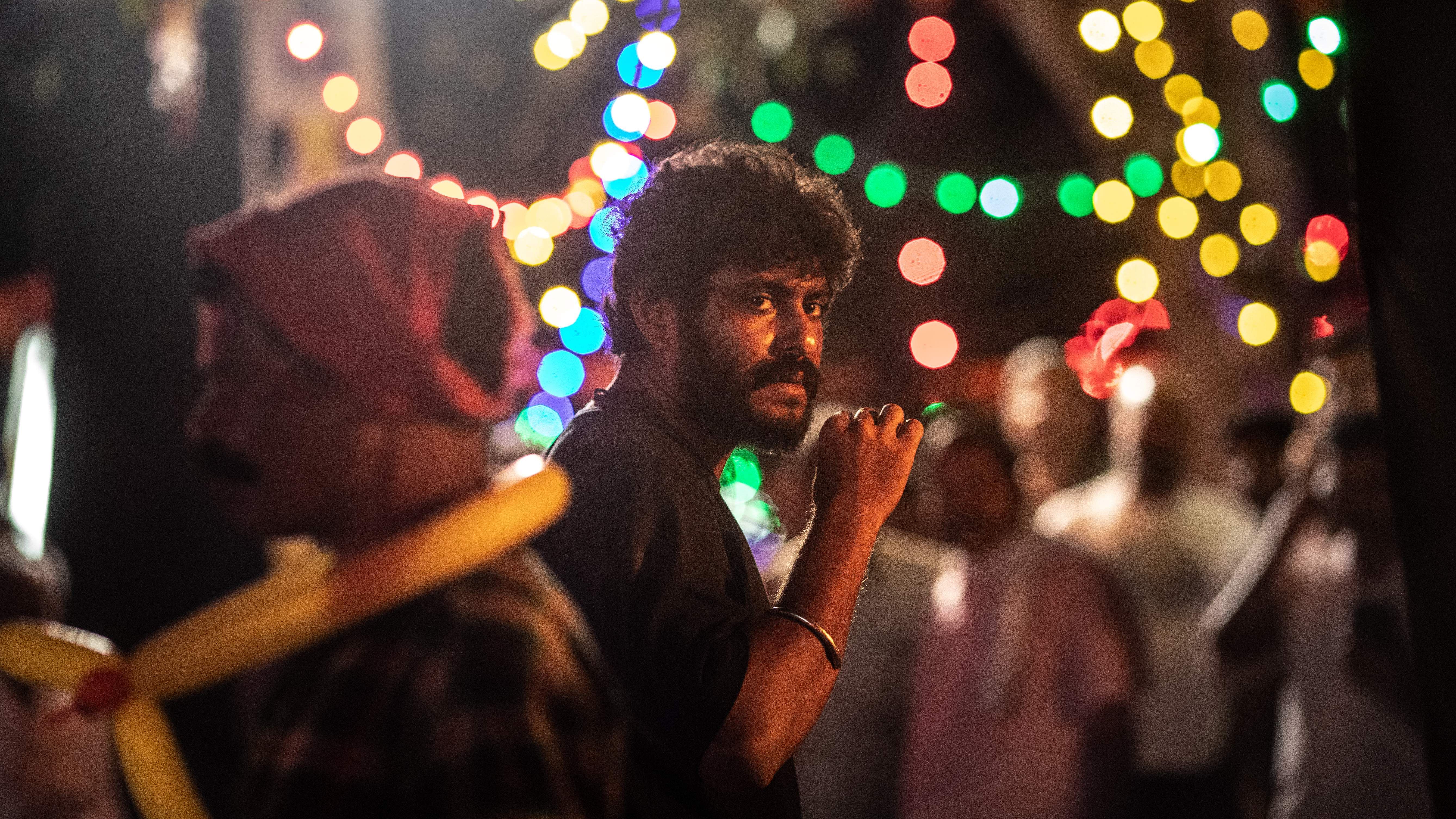 On a set, a filmmaker gets bombarded with various challenges every day - logistics, equipment, location troubles, or permission delays. "Working with other directors in over 30 films taught me to overcome these challenges," says Tinu, who cites Ajagajantharam - a film which required coordination of a large crowd, in every scene, on a festival ground - as a prime example. Like Swathandryam, the film is a chaos-driven story with multiple characters. "Ajagajantharam was the most challenging film I've done yet. We spent 49 days of the shoot at night, every day from 6 pm to 6 am. We also had to deal with an elephant which appears from the first frame to the last. It is a character in the film. So managing it was a challenge in itself."

Given the budgetary constraints, the team couldn't create an elephant through CGI and so used a real one along with a dummy version, like how Lijo worked with a dummy buffalo in Jallikkattu. "We have scenes where an elephant goes crazy and gets involved in fights. It's a lot of panic and chaos. Making the dummy was a bit expensive and took three months. I would say my experience on Jallikkattu helped me in that regard," he elaborates.

Ajagajantharam, based on an incident that happened in Kichu's life years ago, initially went to Lijo. But as the latter didn't want to deal with another animal-based subject, he asked Tinu if he was interested in taking it on. Aside from Antony and Chemban, the film also features Arjun Ashokan, Sabumon Abdusamad, Sudhi Koppa, and Jaffer Idukki, among others. Tinu has already worked with some of these actors in his previous film as well as Jallikkattu.

We thought this was a nice segue to ask Tinu if he ever wondered how Swathandryam would have fared if he had cast newcomers in it instead of faces who became household names after the success of Angamaly Diaries. "I'm not sure if the film would've gotten the kind of exposure it did had I cast debutants. It was the combo of Antony, Chemban and Vinayakan that put the film in people's radar. I mean, I was a relatively new filmmaker. Only those within the industry knew that I worked with Lijo. But, I believe, in an alternate scenario, the film would've looked exactly the way it is now, irrespective of the cast."

Does Tinu believe that the success of films like Jallikkattu shows that people have become more receptive of visual storytelling? "Yes, I think so. They see films from other languages more than us. We have to meet the expectations of people who have already seen a film like, say, The Revenant."

Though Tinu couldn't get Gireesh Gangadharan as director of photography this time, he managed to get his associate Jinto George. It was his work in a music album that impressed the director. "Jinto is a very skilled technician. His work has come out well. You will understand once you see the trailer."

Ajagajantharam, which has Shameer Muhammed as the editor and Justin Varghese as the composer, is set for a February 26 release. Emmanuel Joseph and Ajith Thalappilly are producing it under the banner of Silver Bay Studios.