Now is the time to be productive: Shine Tom Chacko

The actor on the experience of shooting and completing his new film, Love, in the middle of a pandemic, the importance of being productive in the present situation, and upcoming projects

Like Fahadh Faasil and Tovino Thomas, Shine Tom Chacko also had a film released directly on a streaming platform for the first time in his career due to the pandemic. He also got to experience something else for the first time: working on a film that was shot and completed during the lockdown.

The film, titled Love, is a suspense drama that has him and Rajisha Vijayan playing a couple. It sees him reteaming with Unda director Khalid Rahman. While Unda required mostly exterior locations, Love had Khalid and team operating from a single place throughout the shoot, an experience that Shine found 'trippy'.

Shine was taking a breather in March when he realised that the COVID-19 situation could extend his break indefinitely. Meanwhile, Khalid was about to start work on another film called Thallumala with Tovino Thomas. But he, too, had to put his plans on hold.

Fortunately, for both Khalid and Shine, an idea came via editor Noufal Abdullah. "It had been a year since Khalid completed Unda and he couldn't imagine sitting idle. He was bursting with energy and wanted to make something. So, one fine morning, I got a call from him about doing Love," says Shine. "He wanted to shoot it as quickly as possible, inside a flat, with 4-5 actors. Jimshi Khalid was on board as the cinematographer. The idea was to shoot using available resources." 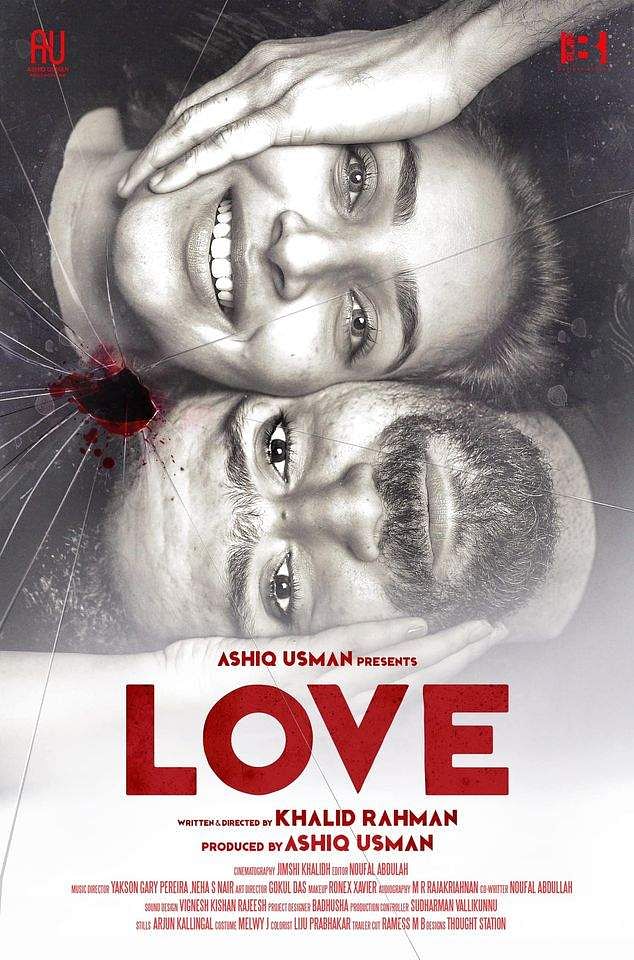 Though inter-district travel was allowed around the same time, the worry of a sudden district lockdown or a particular area turning into a containment zone was still at the back of their minds. Nevertheless, they began filming on June 22.

"We first thought of shooting in some apartment elsewhere, but as that wasn't possible, we felt it was better to do it at Khalid's usual hangout place dressed up as the set. That's also where the entire team stayed because it would've been risky to stay in another place. We completed the film in 24 days. We got out of there only after the shoot," says Shine with a laugh, adding that the team mined every nook and corner of every room of the apartment for fresh, interesting angles. "With other films, we had the advantage of hopping from one location to another. Not this one."

The team initially considered shooting with a small digital camera but then decided to shoot it like a regular film made for a theatrical release, with zero compromises on quality.

Shine is in awe of the resilience and adventurous spirit of Khalid and Jimshi who, he feels, are akin to soldiers on a battlefield. "These guys are prepared for anything. Normally, people find it hugely challenging to shoot a film in a single flat. But since they wanted to make it as interesting as possible, they managed to get around 25-30 different shots per day, for a 90-minute film," recalls Shine. "I mean, it's evident from the trailer itself, right? The apartment looks different when you see it outside of the film. They gave it a different dimension in the footage they shot."

Shine feels that the hostility from some film associations towards filmmakers taking independent decisions is pointless. "Now is the time to think of ways to be productive and make progress in some way, considering the big hit we have all taken. Once we have fallen, shouldn't we think of getting up and forging ahead instead of impeding progress?" asks Shine. "Some people have to keep working daily to survive. They have bills to pay. So how can you keep them from working? Even though we have certain associations to help people, they can't oblige all the time. A film, no matter how small, is a source of income, even if it's only for a few people. Only when there is a cash flow can the economy be sustained. For that to happen, we need to keep working."

Shine also thinks that it is wrong to assume that all actors are unwilling to make adjustments in terms of remuneration. "99% of the stars in Malayalam cinema are flexible. They are willing to work within the limitations," he says, citing Mammootty and Mohanlal as supreme examples. "They have been in the industry for a long time. They are true artistes and take into account the budgetary constraints when needed. So why not go with a 'can-do' attitude instead of resisting something?"

As for the release plan of Love, Shine says that discussions with different platforms are ongoing. "Given the present situation, it's a film that will resonate with a lot of people," he says.

Last year was a turning point for Shine, as he delivered two impressive performances — one in Ishq, the other in Unda. He thinks the industry's perspective on him has changed a lot since then, observing that he has been getting much better opportunities after Ishq and Unda.

He is also set to play the main lead – as a cop –  in Ajay Devaloka's investigation thriller Aaraam Thirukalpana, which also has Nithya Menen attached to star.