Enable Javscript for better performance
Girishh Gopalakrishnan: It is heartening to make mass music for a heroine- Cinema express
ADVERTISEMENT

Girishh Gopalakrishnan: It is heartening to make mass music for a heroine

Music director Girishh Gopalakrishnan shuttles between the UK and Chennai usually, when he’s making music. The young composer, whose work in the Nayanthara-starrer Mookuthi Amman, especially the background music, has come for appreciation, is among the few Indian musicians to have formally studied music at the Leeds College of Music. Now, of course, all the travelling has come to a halt. In this interview, the composer speaks about how the Nayanthara film happened and touches upon future plans:

As a composer who has predominantly worked on the thriller and horror genre, how did you get on board a film like Mookuthi Amman?

RJ Balaji, who liked my indie album work, approached me in November last year to work on a song in his next project. He enjoyed one track from my album in particular and wanted something in the same vibe. The plan for him was to approach five other music directors as he wanted a variety of songs including a folk song, a Western track, and an Aadi kuththu. Later, he told me that he was having a hard time explaining the concept of the film to others and asked if I would do the entire album. I asked if he was sure because though I have done films, my only work in the ‘commercial’ category is Marina (2012). He said he valued my calibre.

The EDM Amman remix track seems to have won you a lot of admiration.

The Amman intro you are talking about is going to be released soon as ‘Amman Swag’ (smiles). We didn't expect it to be such a hit. Usually, tharai and thappatai is preferred for such music but we wanted to flip it to fit the Amman of 2020. The EDM approach with udukkai (a membranophone percussion instrument) made it more fun. We knew we could not approach an LR Easwari amma song with this treatment, because her fans expect something they are used to. So, we did not want to experiment too much with the song she sings in this film. 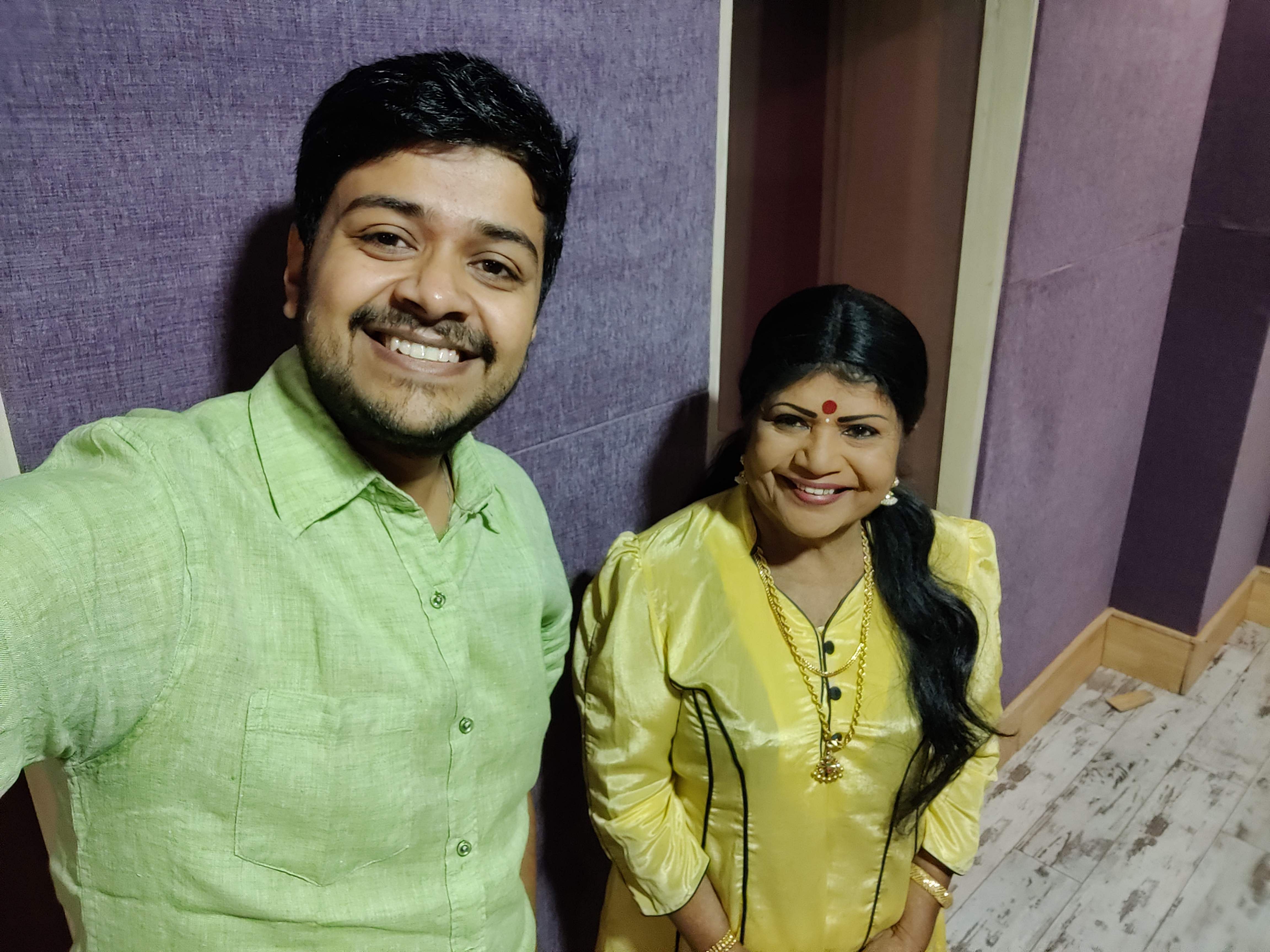 How did your own exposure to Amman films influence your work here?

As a 90s kid, I grew up on commercial films that had a mix of everything, like, say, a Muthu. There is no connection between songs like Thillana Thillana, Kokku Saiva Kokku, and Vidukathaiya. But that's the kind of cinema Balaji and I grew up on. Even today, just a hint of Vidukathaiya is enough to make you emotional. That essence through music is missing today, we thought. That's why we have a track like Paarthene that is designed to give you a feeling of divinity, comparable to what you feel when walking inside a temple. It's also a byproduct of watching Amman films and of course, the blessings of legends like LR Easwari amma and Deva sir.

You have worked with both of them in this film.

Both of them have done a lot of work in this genre. LR Easwari amma's inclusion was a part of the script itself. There's a scene where the dialogue goes, "LR Easwari amma paaduna dhaan idhu Amman kovil-nu oththupanga." She's 81 now but her energy and enthusiasm are off the charts. Deva sir is among the loveliest people I have met. When we approached him, he asked why we chose him for a track that sounded like a sufi song, since people usually ask him to sing only gaana songs. We told him that we want the feeling he created in a song like Gokulathu Kanna (Gokulathil Seethai). He loved the experience too.

After Marina, you seem to have moved on to genre-loyal films. Was this an intentional move?

I felt that if I got stuck doing films like Marina, I would not be able to do the interesting experiments I did with a film like Vidiyum Munn. That film was in complete contrast to Marina. When we do something different early on, we may not regret doing only one type of music later. Post Vidiyum Munn, I did thrillers and horror films as I am a huge fan of those genres and the industry was producing quite a few of those films. With Aval, we wanted to push the boundaries of Tamil horror cinema. In between, I worked on two beautiful scripts, but they got shelved. Perhaps that’s why the gap in between feels significant.

Was it different to make music for a women-centric film? You are also working on Nayanthara's next film, Netrikkann.

It's heartening to do mass music for a female star who has equal, if not more stardom than some of her male counterparts. In Mookuthi Amman, Nayanthara actually plays god. Typically, slow motion is cue for the music to step in. As this genre also features a superstar, we were able to do this easily in this film. As the central character evolves, so does the music. If this film were about a male god, the treatment would have been completely different. We would not have used as much veena and udukkai.
I signed up for Netrikkann before Mookuthi Amman. We wanted the Aval team to do a thriller and that's how Netrikkann happened. The film is a psycho-thriller and is in its last leg of shoot. It touches upon the subjugation of women and feminist ideals.

Younger musicians like yourself are bringing back orchestral music to Tamil cinema.

It is something I grew up with. Both Raja sir and Rahman sir have strong fundamentals in it. Raja sir especially has allowed musicians here to scale up to the levels seen abroad. My contemporaries of today, like Ghibran, Santhosh Narayanan, Pradeep, Sean Roldan and Ron Ethan Yohann, are aware of this and implement this in their music. 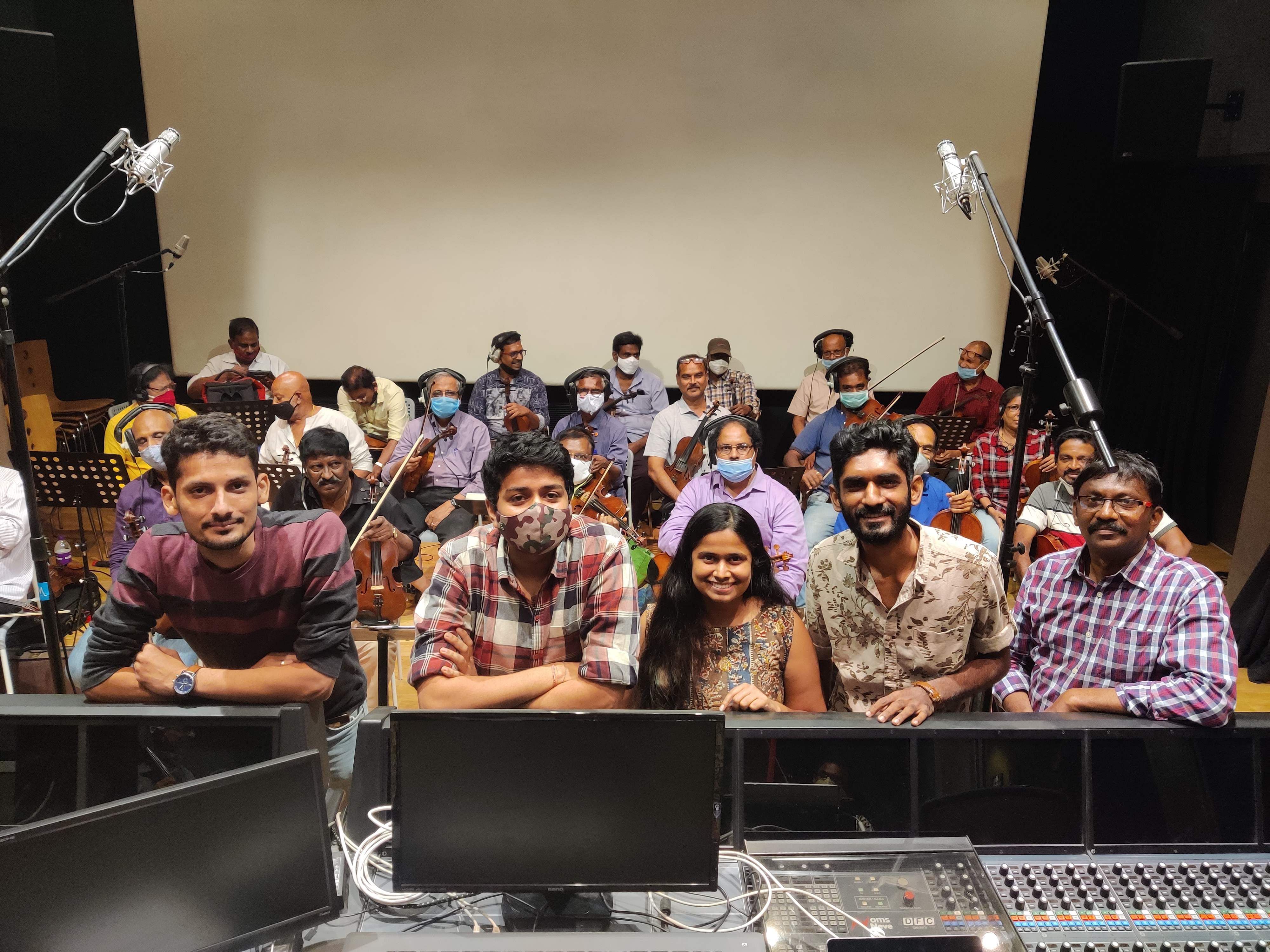 What’s your take on behind-the-scenes artists getting more visibility today?

Visibility is important and I make sure my team gets it. Only when you grow as a team, can you succeed in a collaborative industry like ours. Audiences are today able to identify who did a particular techno bit, or a string arrangement or a violin solo. Earlier, this wasn’t the case. I saw an interview of Harris sir in which he said he wasn't credited for big albums he worked on. After digital technology has come in, everyone, right from those who are doing programming, rhythms, or arrangement, is getting visibility. It’s a welcome change.