Enable Javscript for better performance
Aparna Balamurali: I will make sure my next film doesn't let Soorarai Pottru down- Cinema express
ADVERTISEMENT

Aparna Balamurali: I will make sure my next film doesn't let Soorarai Pottru down

Aparna opens up about her fangirl moment with Suriya, working with Sudha Kongara, her tryst with Madurai dialect and more in this interview

"Behind every successful man is a woman" is an old saying that has many times been reinforced by the entrepreneurs who have shaped modern India. In the case of Air Deccan's founder GR Gopinath who strived to make air travel affordable for the common man, he has been quoted several times talking about how accommodative and supportive his wife Bhargavi has been in his life. Soorarai Pottru seems to have gone a step further and spoken not just about the pillar of support that the lead woman is, but of her aspirations and dreams as well. Aparna Balamurali who played the role of Bommi, has been lauded for her performance as the wife of Nedumaaran Rajangam (played by Suriya), who supports her husband's moves while becoming an entrepreneur herself. Here, the actor talks about getting into the skin of the Madurai girl and what the success of this film means to her:

You would have expected to see the film on the big screen. What was it like to watch it on a OTT platform?

It was a different feeling. When going to a theatre, we get prepared to spend a certain number of hours on the film. But now, it's on our mobile phone and television, and we can watch it anytime we want. It's a different feeling but I am missing the celebrations of a theatre release. 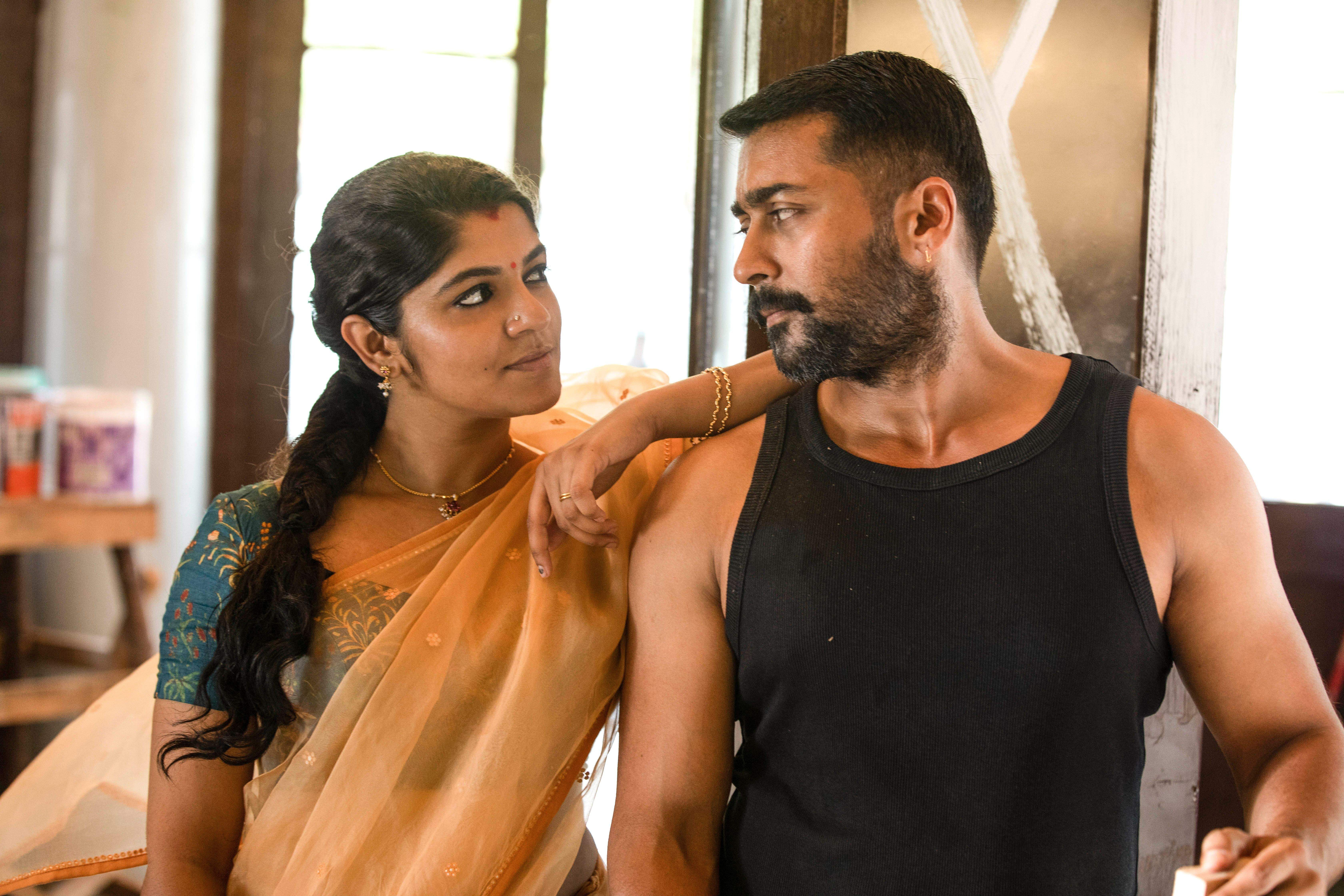 You have previously spoken about being a fan of Suriya's work.

I was excited when I saw Suriya sir the first time. My hands shivered so much that a selfie I took with him is blurred. I grew up watching his films and if seeing him was too exciting, the fact that I got to act with him is surreal.

We saw making videos of the film and there's a shot of you doing a script reading along with the team. Is this something you have done before?

I have not done such an extensive script reading session for any other film. Soorarai Pottru was all about homework, script-reading and workshops. It was a beautiful process. Thanks to those sessions, when I got to act with Suriya sir at the sets, the tension factor was removed, and it helped especially with the dialogues.

In an interview to us, we learned that you were quite keen for a meeting with Sudha Kongara even before this film had been planned.

That's because of Irudhi Suttru. I had watched it more than a couple of times before meeting her. It was an inspiring story and Ritika's character gave me so much happiness and hope. During an awards ceremony, I was just sitting and staring at Sudha from a distance.

More than a director, I shared a great chemistry with Sudha ma'am. She entrusted a lot of hope in my character. That made me want to give my best and do whatever it takes to achieve that.

Tell us about how you prepared to talk the Madurai dialect.

The Madurai dialect was new to me and the entire crew wanted to learn it. Sudha ma'am can pull off any dialect and even then, she got two assistants who could speak the language well. Ironically, even they would get it wrong sometimes and Sudha ma'am would go, "Dei, ungaluku theriyadha" on them (laughs). They helped me by sending voice notes and while dubbing, I had a person to help me.

There's an argument today regarding the age gap between lead actors. What's your stance on this debate?

There's a huge age difference between Suriya sir and me, yes, but we are actors in a film. I'm not Aparna but Bommi in the film. Looking at Suriya sir, I don't think anyone would say he looks many years elder to me and I never felt that either.

As someone who works in both Tamil and Malayalam cinema, how do you maintain a balance between these two industries with varied sensibilities?

I've done a few films in Malayalam and I am trying to figure out what the audience there would want. Soorarai Pottru is beyond any gaps between these industries. I'll be doing films in both languages; like how this film is a mix of realism and commercial elements. After Maheshinte Prathikaaram, Soorarai Pottru is a milestone for me. My next film won't let Soorarai Pottru down.

It's a crucial stage for me as an actor because if I'm too choosy, I think I would be judgmental and I wouldn't be happy with that. Every film has a basic quality -- the story, crew and so on. That's what I would look for as I don't want to miss good scripts.

You have never shied away from characters that are one of several important ones in a film, like the role you played in Allu Ramendran. How do you choose such scripts?

I haven't thought about it that way. The character will always be the deciding factor for me -- if I like it, I'll do it. Speaking about Allu Ramendran, I am an ardent fan of Kunchacko Boban sir. When I got a chance to do a film with him and the character was also really good, I didn't need a further push. As an actor, we should be of a particular value to a film. It doesn't mean I must play the lead role but say, for example, we have seen films where the villain's character overpowers everyone. It's all about the character.