Enable Javscript for better performance
Rajkummar Rao: For Ludo, I played out of the crease and went full-on- Cinema express
ADVERTISEMENT

Actor Rajkummar Rao spoke about his two upcoming releases, Ludo and Chhalaang, and about how the Hindi cinema narrative has transformed in the last 10 years since his debut, Love Sex Aur Dhokha

“I’m just an actor who is blessed.” This was Rajkummar Rao’s simple reply to being asked whether he feels like an insider or an outsider in Bollywood, a decade after making his debut. The actor’s upcoming films include Chhalaang and Ludo that are set for release. “The characters in both films are different from each other—they talk differently, they look different. I find it exciting because the audiences can see an actor do something one day and then do something entirely different the next,” said the actor about his two big releases, in a Time Pass conversation, a series of webinars arranged by The New Indian Express, and hosted by senior journalist Kaveree Bamzai. Rajkummar’s excitement is also fuelled by how he has got to work with those he admires a lot. While Chhalaang, a sports comedy-drama, is directed by Hansal Mehta and produced by Luv Ranjan, Ludo, a crime comedy, is directed by Anurag Basu, someone who Rajkummar fondly calls ‘dada’. 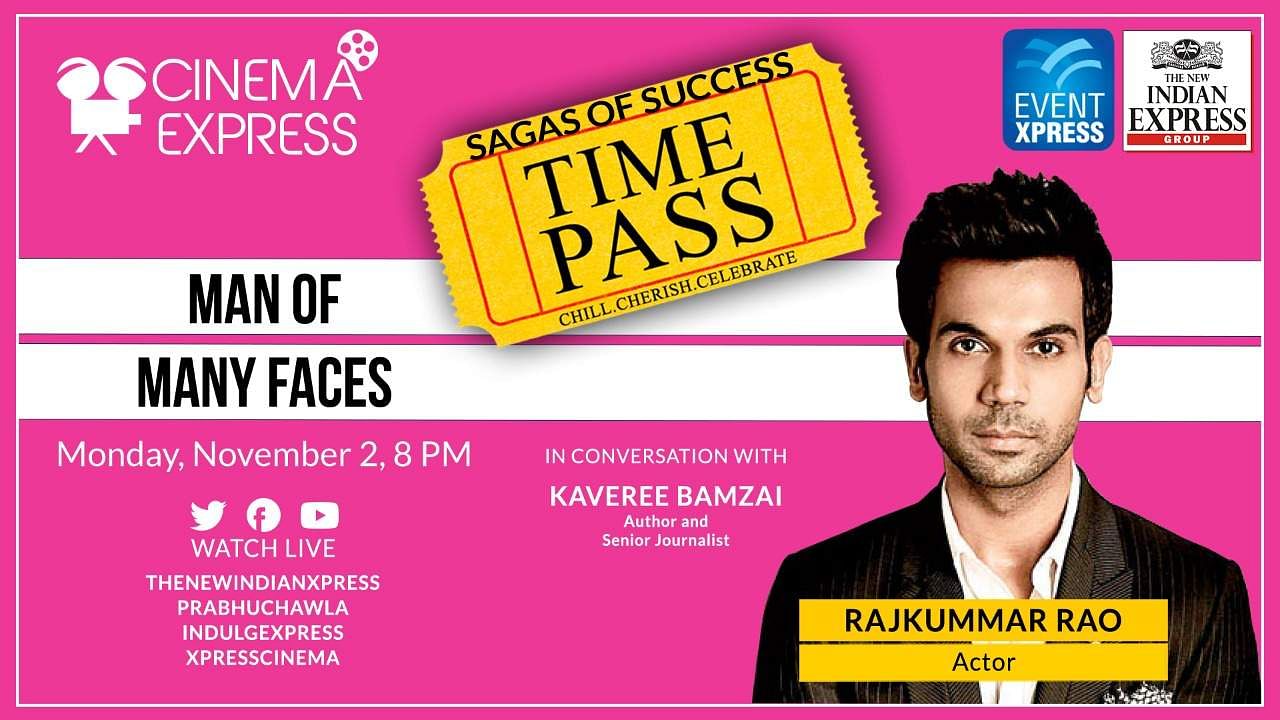 On Ludo, the actor said that he has “played out of the crease” and that he went “full-on”. Rajkummar appears in a fresh new look in the Anurag Basu film, and the actor said that the director was very receptive to his ideas. “We were doing a look test and were trying different hair patches, and all of a sudden, dada said that I looked a lot like Mithunda (Mithun Chakraborty). So, we thought, why not?”

Rajkummar is well-known for bringing changing himself physically to match characters, and when asked about it, the actor said that he does it to make the film more exciting for him as an actor. For Chhalaang, the actor had to get back in touch with his Haryanvi. “Haryana is home ground. I am familiar with this world and with these characters. So, I knew the language, but I was out of touch for a couple of years.”

The actor concluded the interview by answering that the Hindi cinema narrative has progressed a lot. “The audiences have evolved. They now have access to all kinds of cinema from across the world, and they are expecting the same from us. They are looking at Baahubali and ask why we can’t make such a film. The makers have realised that they can’t keep selling the same stories in different packages. Audiences want the actors to play characters on screen rather than playing themselves. That’s why I, and other actors like Ayushmann, Vicky Kaushal, Ranbir, Karthik, are looking to push boundaries.”