The filmmaker talks about life in lockdown, his favourites in Southern film industry, the OTT vs theatre debate and more.

Director, producer, distributor, actor, and almost an elder statesman of Indian cinema, Karan Johar is someone who wears multiple hats effortlessly. Now, in the prevailing lockdown phase, without his films and talk shows, Karan has turned to document the lives of his children. Will they too follow suit like Karan’s other famous launches into cinema? “I will get trolled for nepotism. If ever they want to walk into the industry and I have to be their stepping stone, then I am afraid…” said Karan, in a chat with sernior journalist Kaveree Bamzai, arranged as part of Indulge Time Pass, a series of webinars organised by The New Indian Express group.

Karan, who shared to satiating his inner “history nerd” with the multi-starrer Takht, called his last directorial, Ae Dil Hai Mushkil, his most personal. “A big part of Ranbir Kapoor in Ae Dil Hai Mushkil was me. I've been through unrequited love for many years. When I wrote and directed that film, I went through a cathartic journey and I could finally get over that love,” he said. However, when pointed out the polarising opinions to this film, and other projects, he replied, “I believe problems are problems, be it rich or poor. But when I look back, I understand that Ranbir’s character came across as a kid screaming for a toy rather than an aashiq madly in love. I messed up by giving that film too much of a first-world treatment.”

This is something he agreed went wrong in Kabhi Alvida Naa Kehna too. “My intent is in the right place, but my execution is faulty. I think larger-than-life even when some stories don’t warrant it. Some stories don’t require large set pieces, lavish songs, large-scale environment, etc…” Perhaps it was this sensibility that made him train his sights on South cinema, which he has shared a lot of love for, evident particularly in him promoting SS Rajamouli’s magnum opus, Baahubali.

“I am a huge fan of Rajamouli. I have been tracking his films like an avid cinemagoer. Baahubali was never envisioned as a regional film. It was a global film. We marketed it as the largest motion picture made out of India, and there was complete truth in it,” said the director. “Be it the content in Malayalam, the unabashed commercial nature of Telugu cinema, the subtle nuanced storytelling in Tamil, or the silences of Kannada cinema, there is such a gift in the cinema there,” said Karan, and went on to list some of his favourite filmmakers and actors. “Vetri Maaran’s Asuran blew my mind. Dhanush was spectacular in it. In the mainstream, I feel Atlee is a magician of masala. I can go on and on. The magic of Mohanlal, the absolute beauty of Kamal Haasan, the genius of Mammootty,” said Karan, adding, “We think our films going out of India are crossovers, but we need to crossover within the country first.” 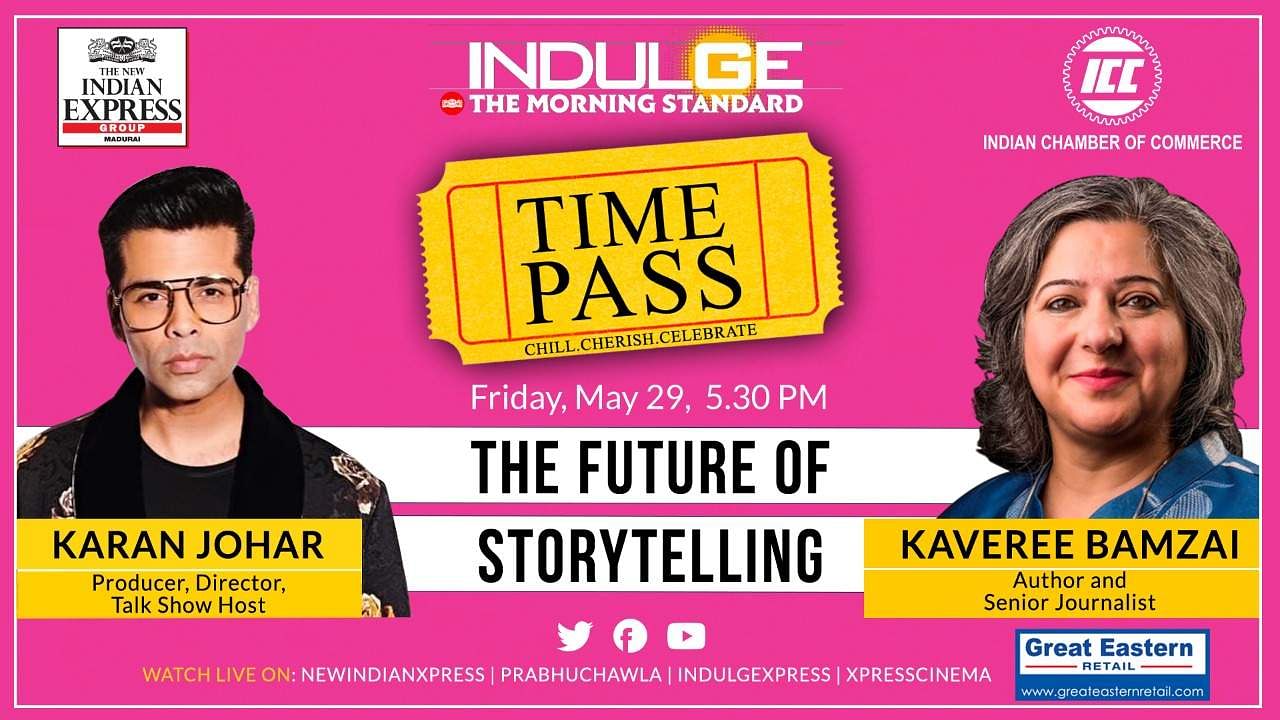 Vikash Agarwal, the Senior Vice President of Indian Chamber of Commmerce, joined in the conversation and questioned Karan about the plans of the film industry to recover from the ongoing crisis. "We'll all have to make two changes. First, the content which is contained. It'll be about a year before we return to normal. The other is adhering to SOPs (Set Protocol)and making sure everyone is safe," said the filmmaker.

Karan, who has a strong presence in the OTT platforms, weighed in on the ongoing cinema vs ott debate. “Both have strong powers of their own. OTT is a writer's medium and that empowerment will help writers create better cinema. Both platforms will co-exist and I believe that the next decade will see a resurgence in Indian entertainment. Also, most importantly, cinemas are going nowhere. They are the place where we go and experience large-scale films. Let me be clear, there will be no end to theatres. They will never die.”